Zimbabwe Hang On To Win in ICC World Twenty20 Opener 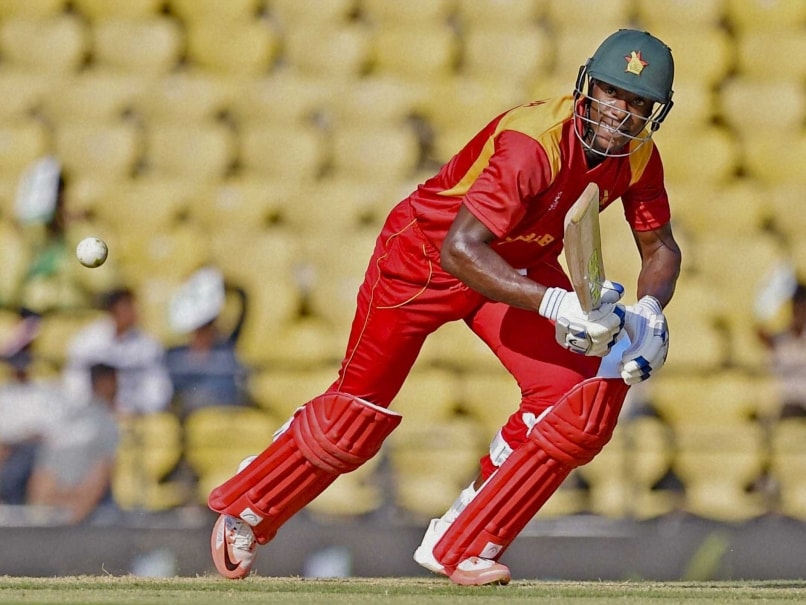 Opener Vusi Sibanda struck a fluent half-century to help Zimbabwe defeat a scandal-hit Hong Kong by 14 runs in the opening group encounter of the World T20 in Nagpur Tuesday. (Scorecard)

Stung by a corruption charge prior to the start of the sixth edition of the tournament, Hong Kong had their moments in the game but failed to capitalise.

Electing to field, Hong Kong's bowlers made early inroads but Sibanda held fort with a 46-ball 59 to guide his side to 158 for eight.

Sibanda's 61-run fifth wicket partnership with Malcolm Waller and a late blitz by Elton Chigumbura ensured the total remained beyond the grasp of Hong Kong who in turn could only manage 144 for six in their 20 overs.

The Tanwir Afzal-led side lost a couple of early wickets, but opener Jamie Atkinson put up some fight with a gutsy 53 off 44 balls, including four boundaries and two sixes.

A late flourish by Afzal (31 not out) gave the team some hope but the ever-increasing run rate proved too much for a side participating in just its second World T20.

Hong Kong's preparations were badly hit by the suspension of their all-rounder Irfan Ahmed in January as part of an ongoing corruption investigation and the opening day loss has only added salt to their wounds.

Among from the positives that Hong Kong could gather from the outing was their near-perfect fielding that forced three run-outs and yielded some good catches in the Zimbabwe innings.

Other Group B members Afghanistan and Scotland are up next in the second game of the day.

The top sides from Group A and B will move in to the Super 10 stage involving the eight established teams of world cricket.

Comments
Topics mentioned in this article
Vusi Sibanda Hong Kong Zimbabwe Cricket Team Cricket
Get the latest updates on ICC T20 Worldcup 2022 and CWG 2022 check out the Schedule, Live Score and Medals Tally. Like us on Facebook or follow us on Twitter for more sports updates. You can also download the NDTV Cricket app for Android or iOS.