Rishabh Pant recalled a funny story while looking back at some of the special photos on his Instagram. 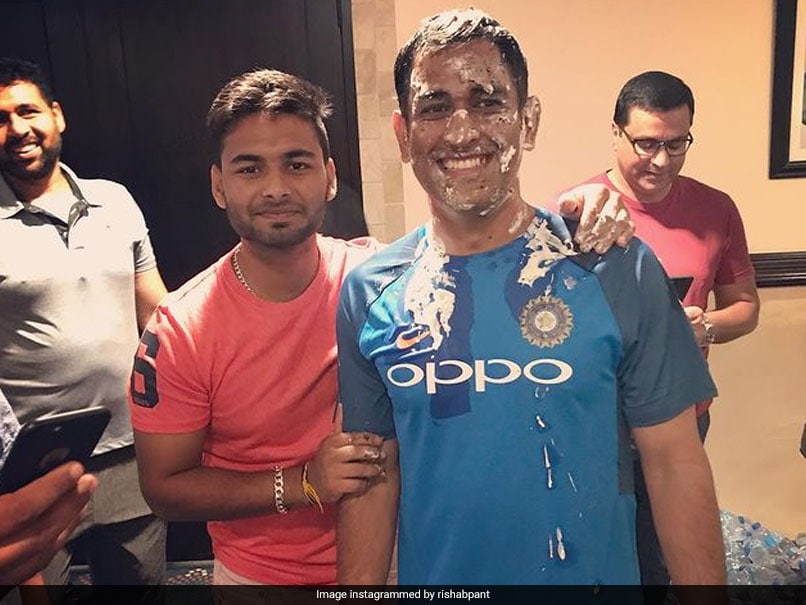 Ahead of the World Test Championship final between India and New Zealand, wicketkeeper-batsman Rishabh Pant took a trip down memory lane as he looked back at his Instagram memories. In a video shared by the International Cricket Council, Pant "relived the story behind the photos". One of the prominent fixtures among the pictures was former India captain MS Dhoni. In one of the pictures, Pant can be seen with birthday boy Dhoni next to him, his face painted with a healthy helping of what one would assume is cake from the celebrations.

However, Pant went on to recall how the cake was not very creamy, so all-rounder Ravindra Jadeja innovated an got some curd to smear on Dhoni's face.

Insta Memories with @RishabhPant17 - reliving the story behind the photos pic.twitter.com/xVFF27guDB

"What happened here is that we were putting cake on Mahi bhai and Jaddu bhai brought curd and put it on him. Then he was running around trying to catch Jaddu," Pant said.

"The cake was not very soft and creamy, so that is why he put curd on him. That is when we took photos of him and we were laughing," Pant fondly rememebered.

Pant also recalled how Dhoni had given him his first India ODI cap. Pant said that it was special getting the cap from Dhoni, as he is someone he has always looked up to.

"He just told me to enjoy my cricket," Pant said, recalling Dhoni's advice to him at the time.

The playing XI for the final was announced on Thursday and Pant is set to start as India's wicketkeeper.

Pant played some crucial knocks that helped India reach the WTC final and the team management will be hoping for more of the same from him in the marquee clash.

Ravindra Jadeja Cricket
Get the latest updates on ICC Women's Cricket World Cup 2022 and IPL 2022, check out the Schedule , Live Score and IPL Points Table. Like us on Facebook or follow us on Twitter for more sports updates. You can also download the NDTV Cricket app for Android or iOS.