"'83" is a an upcoming movie about the Kapil Dev-led Indian team that went on to win the country's first ever World Cup in 1983. 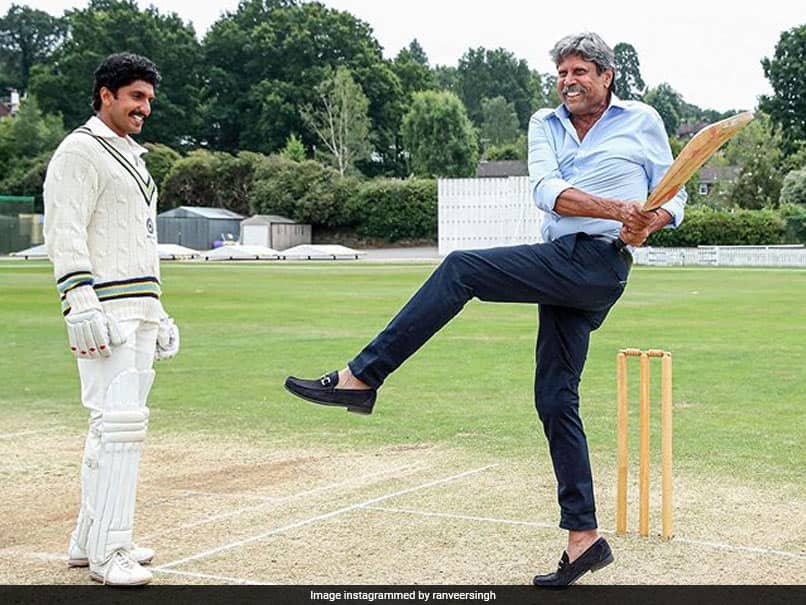 Former India cricketer Kapil Dev on Saturday revealed that he first thought of saying no to the makers of "'83" when they came to him for his permission for the movie based on the 1983 World Cup-winning team. Dev's remarks came during an interaction in Chennai involving him and former opening batsman Krishnamachari Srikkanth. In the interaction, the whole cast of "'83" was present along with director Kabir Khan. In the movie "'83", Bollywood actor Ranveer Singh will portray Dev and the film will hit the theatres on April 10, 2020.

"My first reaction was like no, we didn't want to do that as we felt we were young enough still. The story should be about what happened 50-100 years back but at the end, every one of us, including me, said, yes okay, fine, if they want to make a movie on us, let them go ahead," Dev said during the interaction.

"As a cricketer, I just want to say thank you very much to Kabir and his team. We never thought that they would go to such lengths to research what went behind the scenes during the 1983 World Cup. I have no words to explain my happiness," he added.

The Indian team had defeated an invincible West Indies in the finals to lift the World Cup trophy for the first time.

After the win, cricket got a fillip in the country, elevating the sport to religion for fans with every child wanting to become a cricketer.

In the final against West Indies, India had scored 183 runs after being put in to bat. Krishnamachari Srikkanth top-scored for India with a knock of 38 runs and Andy Roberts took the maximum wickets for West Indies as he sent three batsmen to the pavilion.

West Indies, in its chase, failed to leave a mark as both Madan Lal and Mohinder Amarnath scalped three wickets to bundle them out for 140 runs, handing India a win by 43 runs.

Comments
Topics mentioned in this article
Kapil Dev Krisnamachari Srikkanth Cricket
Get the latest updates on India vs Australia Series, check out the India vs Australia Schedule for 2020-21 and Ind vs Aus live score . Like us on Facebook or follow us on Twitter for more sports updates. You can also download the NDTV Cricket app for Android or iOS.