Fidel Edwards is poised to make his competitive debut for Hampshire after he was named in a 14-man squad to face Yorkshire in the county championship at Headingley. 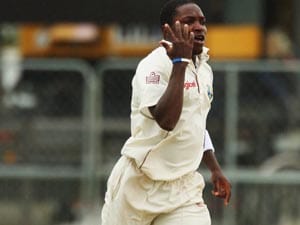 West Indies discard Fidel Edwards is poised to make his competitive debut for Hampshire after he was named in a 14-man squad to face Yorkshire in the county championship at Headingley, starting Sunday.

Once he makes the final XI, the 33-year-old will become the 17th West Indian to turn out for Hampshire in the County Championship, joining a list that includes legends Gordon Greenidge, Malcolm Marshall and Andy Roberts, reports Caribbean Media Corporation.

Edwards arrived here only recently and made his first outing for the club in a Twenty20 game against Dorset where he sent down three overs for 24 runs. Afterward, Edwards said his mission at Hampshire was clear.

"My job is very easy: bowl fast and get wickets," he said.

Edwards had been scheduled to join Hampshire in July for the T20 Blast but the deal was brought forward by two months to cover for Australia pacer Jackson Bird, who was ruled out with injury. The right-armer has signed as a Kolpak player.

Edwards has taken 165 wickets from 55 Tests but has not played for West Indies in three years.

Comments
Topics mentioned in this article
Fidel Edwards West Indies Cricket Team Cricket
Get the latest updates on ICC T20 Worldcup 2022, check out the Schedule and Live Score. Like us on Facebook or follow us on Twitter for more sports updates. You can also download the NDTV Cricket app for Android or iOS.