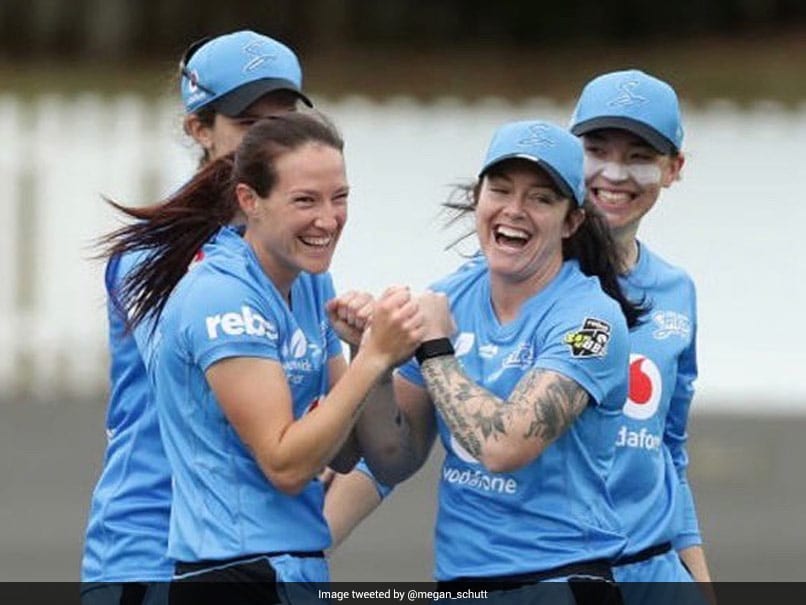 Defending champions Brisbane Heat and a clinical Adelaide Strikers posted commanding victories as Australia's Twenty20 women's Big Bash League started Sunday on a wet Sydney day that caused havoc. Grace Harris (53) and Georgia Redmayne (37 not out) steered Heat past the Perth Scorchers' 132 for seven with 18 balls to spare for a seven-wicket win. It was seen as an upset given the world's top-ranked T20 batswoman Beth Mooney defected from Brisbane to a new-look Scorchers this season, seemingly weakening their chances of another title.

South Africa's Laura Wolvaardt was the Strikers' hero, smashing an unbeaten 51 from 42 balls to power her side to an eight-wicket thrashing of the Hobart Hurricanes.

A hostile Darcie Brown took 3-13 to skittle Hobart for just 84 and leave her team with a comfortable run chase, which they easily managed despite missing West Indies captain Stafanie Taylor, who is still in coronavirus quarantine after a late arrival in Australia.

While those two early games finished under grey skies, an anticipated clash between Ellyse Perry'sSydney Sixers and Rachael Haynes' Sydney Thunder fell victim to the weather, abandoned without a ball being bowled.

Star allrounder Perry was due to make her comeback after a serious hamstring strain that kept her out of the game for almost eight months.

The Melbourne Stars' showdown with the Melbourne Renegades was also called off, halted after 17 overs with the Stars making 127 for four and Australia skipper Meg Lanning unbeaten on 51.

The eight-team tournament is being played entirely in Sydney over five weeks due to Covid-19 border closures and quarantine requirements with all players, coaches and support staff staying in a hub at the city's Olympic Park.

Another four games are due to be played on Monday, although more wet weather is forecast.

The men's Big Bash League is set to start on December 3 with games countrywide, although that could be revised.