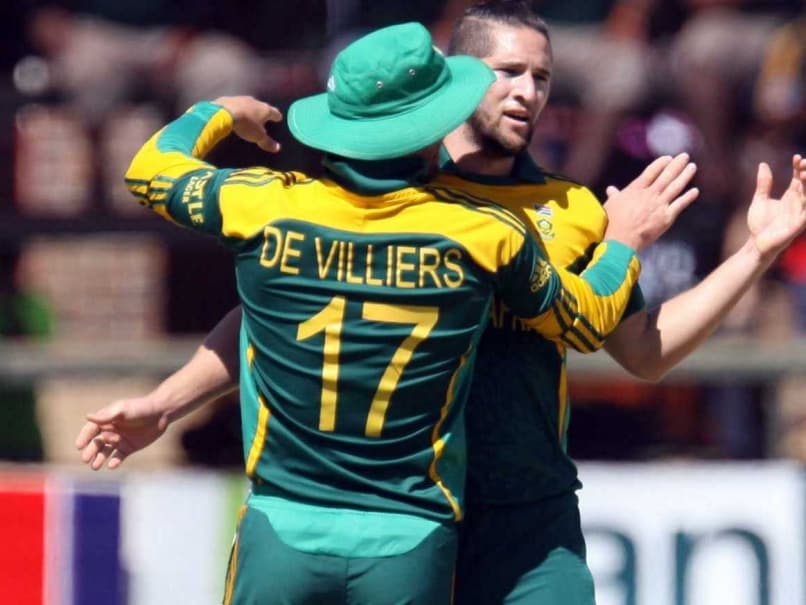 Keen on seeing South Africa 'A' do well in the upcoming tri-series involving India 'A' and Australia 'A', medium-pacer Wayne Parnell on Monday said he wants to pass on the knowledge gained from IPL stints to young Proteas players and help them in adapting to conditions. (Rayudu And Chand to Lead India 'A' Squads for South Africa Series)

"It is an important series for us since we have not been able to do well in such series during the past couple of years. If the team does well obviously the individuals do good as well," Parnell told reporters.

"As for myself, having played here in IPL; at that time I was communicating with the bowlers and with the batters. Hopefully I am passing on my knowledge that I have learnt during that IPL stints. I am just helping my team to obviously adapt to the conditions quicker," Parnell, who is a former Delhi Daredevils and Pune Warriors player, added. (No Threat to Indian Premier League: Chairman Rajeev Shukla)

The 26-year-old player, who has represented South Africa in 43 ODIs and 4 Tests, is keen to conquer the conditions at the MA Chidambaram Stadium.

"Obviously different venues pose different types of wickets. But the heat is obviously one factor that it is crucial when you come to the subcontinent. It is just trying to understand the body and finding out when to use the energy that you are going to conserve it. I think that is probably important. I think the wickets here?every wicket will play differently. It is about assessing the wicket on the particular morning," he said.

Meanwhile South Africa A coach Vincent Barnes said that acclimatising to the conditions should not be a big worry for the Proteas players.

"Adjusting to the conditions is not a big fuss. The bounce on the wicket is going to be on the slower side. The players have to get adjusted to conditions quickly. The players are well up to their preparation considering the heat factor at Chennai.

"We have number of players who have played here before in IPL. So, adjustment to playing conditions and playing spin is most important aspects of our cricket. We had a camp in June last, I think we have adjusted quite well playing spin," he said.

On the bench strength, the coach said, "it is the best opportunity for the young players to come here and playing in these conditions too well and we have tour at the end of this year. So, we could experience them for it as couple of players have not been out of the national squad and added that Quinton de cock would be joining the squad for their second match."

South Africa 'A' take on Australia 'A' in the tri-series opener on August 5.

Comments
Topics mentioned in this article
South Africa Cricket Team Wayne Parnell Cricket
Get the latest updates on India vs Australia Series, check out the India vs Australia Schedule for 2020-21 and Ind vs Aus live score . Like us on Facebook or follow us on Twitter for more sports updates. You can also download the NDTV Cricket app for Android or iOS.