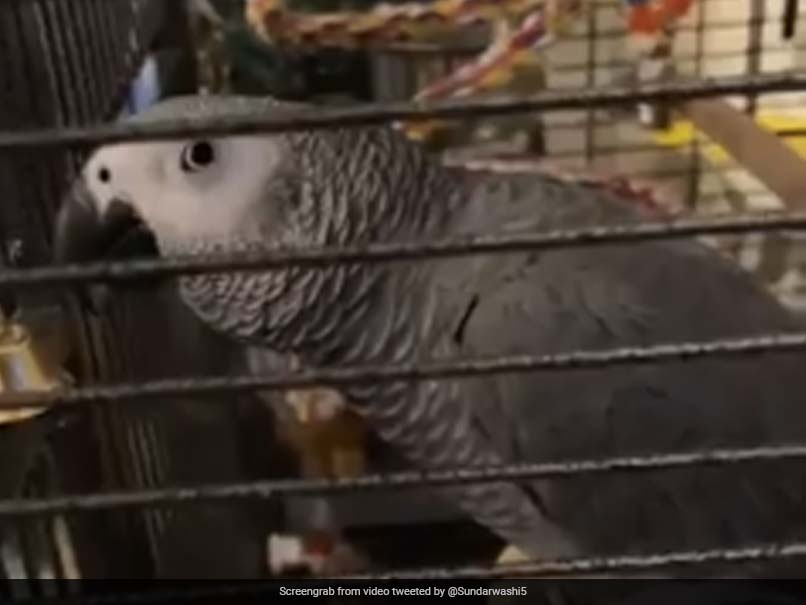 Washington Sundar's video got more than 500 likes on Twitter within an hour of it being posted.© Twitter

India cricketer Washington Sundarhad Twitter in splits on Sunday after posting a video of a parrot "vibing" to a song from Shah Rukh Khan's blockbuster movie 'Kal Ho Na Ho'. In the video, the parrot can be seen grooving as soon as the song starts playing in the background. Sundar's video got more than 500 likes on Twitter within an hour of it being posted. "Vibing! The cutest SRK fan there is! @iamsrk," tweeted Washington Sundar.

Vibing!
The cutest SRK fan there is! @iamsrk pic.twitter.com/rnW5nWFHyc

Sundar is part of the Indian team that will take onEnglandin the five-match Test series starting August 4.

As of now, the Indian players are currently on a 20-day break ahead of the England Test series.

The team will regroup on July 15 and start their preparations for the first Test match that will be played at Trent Bridge, Nottingham.

None of the Indian batters crossed the 50 run-mark in both innings. Ajinkya Rahane was the top scorer with his 49 in the first innings.

Washington Sundar, who was brilliant with his all-round skills during the Australia Test series and also the home series against England, failed to make it to the India playing XI for the World Test Championship final.

Sundar has so far played four Tests for India, taking six wickets and scoring a total of 265 runs at an impressive average of 66.25.

He has also represented India in 31 T20Is and one ODI.

The first Test match between England and India will be played at Trent Bridge, Nottingham from August 4 to 8.

India Cricket Team Washington Sundar Cricket
Get the latest updates on IND vs NZ 2021, check out the Schedule and Live Score . Like us on Facebook or follow us on Twitter for more sports updates. You can also download the NDTV Cricket app for Android or iOS.