The Pakistan Cricket Board on Thursday named 12 young fast bowlers to attend the camp with Wasim Akram at Karachi's National stadium from August 1. 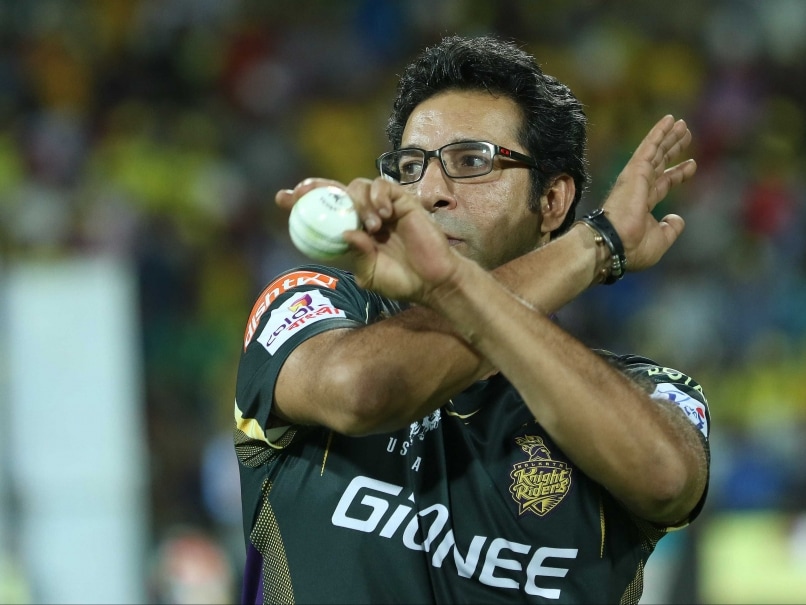 Pakistan's former captain and fast bowling great Wasim Akram has been given the task of working with the country's 12 best young pacers during a 12-day camp in Karachi.

The Pakistan Cricket Board on Thursday named 12 young fast bowlers to attend the camp with Akram at Karachi's National stadium from August 1. (Pakistan to Play ODI Series in Zimbabwe After September 30)

The 12 have been selected after a series of trials held at four centres in Pakistan this month.

The PCB's decision to secure the services of Akram came after a leading electronics giant agreed to sponsor the entire talent hunt scheme on condition that the former Pakistan speedster would head it. (Danish Kaneria Vows to Fight Against ECB)

According to sources, Akram will be paid directly by the sponsors instead of receiving any payments from the Board with whom he has had a hot and cold relationship for a while now.

This is the second time that Akram will hold such a camp for fast bowlers in Karachi with the involvement of a sponsor as he did it in 2013 as well when he worked with Pakistan team bowlers like Wahab Riaz, Mohammad Irfan, Sohail Khan and Junaid.

The former pace great has always said that he is keen to help Pakistan cricket in any capacity and would love to work with young pace bowlers.

The 12 youngsters selected for the camp by the national selection committee include some established domestic cricket performers.

The list also includes a rookie pacer from the Federally Administrated Tribal areas, Sameen Gul and three others pacers from Peshawar. (Stop Treating Players Like Schoolkids: Akram to PCB)

Comments
Topics mentioned in this article
Wasim Akram Pakistan Cricket Team Pakistan Cricket Board Cricket
Get the latest updates on IND vs NZ 2021, check out the Schedule and Live Score . Like us on Facebook or follow us on Twitter for more sports updates. You can also download the NDTV Cricket app for Android or iOS.