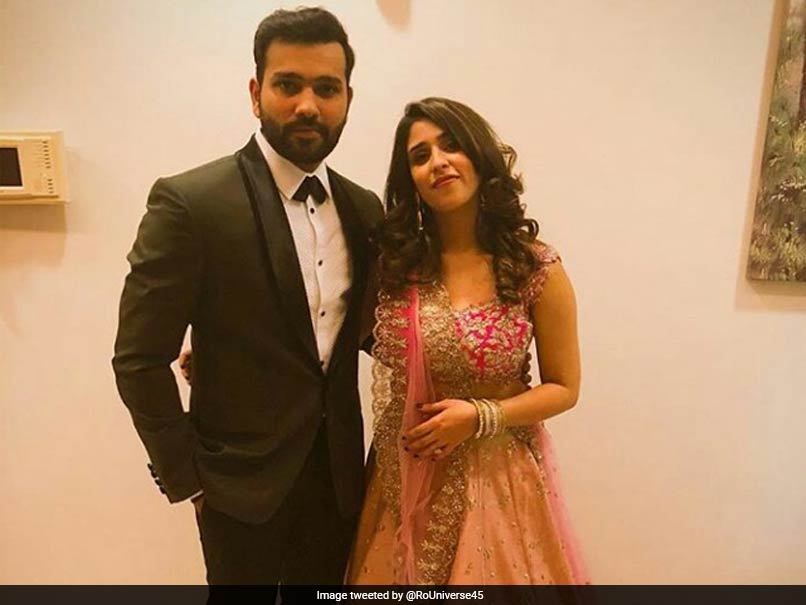 Rohit Sharma, in his black tuxedo and wife Ritika Sajdeh in traditional attire attended India captain Virat Kohli and Anushka Sharma's wedding reception at St Regis hotel in Mumbai on Tuesday. Kohli had tied the knot with Anushka on December 11 in Italy in a private ceremony. After returning to India, the couple held a reception in New Delhi on December 11.

Rohit-led India had recently completed a T20I series whitewash over Sri Lanka at the Wankhede Stadium before lifting the ODI series 2-1.

The right-hander has been included in the Test squad for three-match series against South Africa. Team India is scheduled to leave for South Africa on December 27.

India are scheduled to play three Tests, six ODIs and three T20Is on their tour of South Africa.

Cricket legend Sachin Tendulkar was also seen in the wedding reception along with his wife Anjali Tendulkar and daughter Sara Tendulkar. Tendulkar was in a formal suit while Sara and Anjali were seen wearing traditional attire.

Kohli's mother Saroj Kohli, brother and other family members also posed for the shutterbugs at the reception ceremony in Mumbai.

Comments
Topics mentioned in this article
India Cricket Team Rohit Sharma Virat Kohli Cricket
Get the latest updates on IND vs NZ 2021, check out the Schedule and Live Score . Like us on Facebook or follow us on Twitter for more sports updates. You can also download the NDTV Cricket app for Android or iOS.