Steve Smith, who climbed to the second spot, is only nine points behind Virat Kohli in the latest ICC Test rankings. 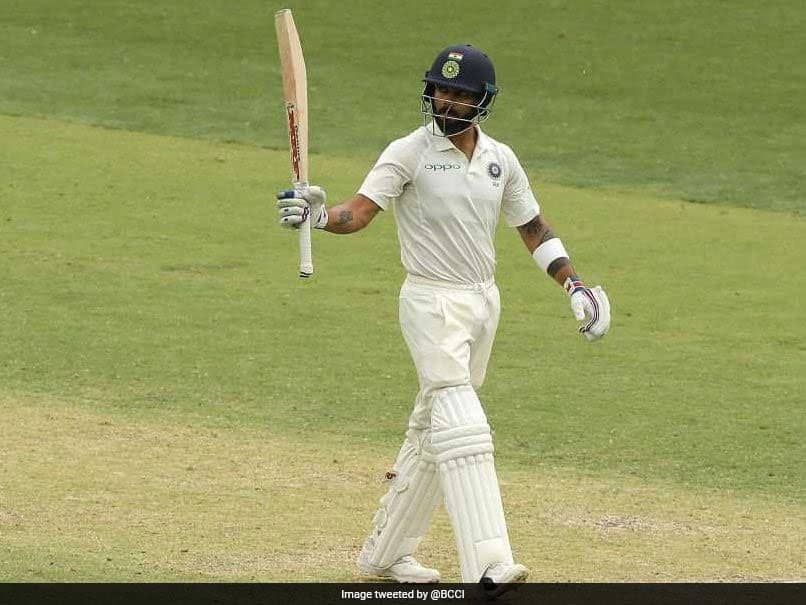 Virat Kohli will be next seen in action during the West Indies Test series.© Twitter/BCCI

Steve Smith continued to pile up runs in the Ashes 2019 to put Indian skipper Virat Kohli's top Test ranking under threat. Steve Smith has accumulated 378 runs from the first two Ashes Tests to take the second spot in the latest rankings, according to a media release from the International Cricket Council (ICC). With 913 rating points, the in-form Steve Smith has already overtaken New Zealand's Kane Williamson (887) and is only nine points behind Virat Kohli (922) in the Test rankings. Virat Kohli's next Test stint begins from August 22 against the West Indies where he will have an opportunity to consolidate his lead.

Australia's Marnus Labuschagne, who stepped in as a concussion substitute for Steve Smith in the second innings of the Lord's Test, has moved 16 places to 82nd spot, courtesy of his half-century. While Travis Head moved two places up to 18th position after hitting an unbeaten 42.

Test specialist Cheteshwar Pujara is the only other Indian batsmen in the top 10 list. He retained his fourth spot with 881 points above New Zealand's Henry Nicholls, who is fifth in the list, with 770 points.

Among the Test bowlers, Ravindra Jadeja moved one place up to take the fifth spot with 794 points. Pat Cummins, who bagged six wickets during the Lord's Test, leads the list with 914 points.

Jadeja (3rd) is also in the top 10 list among the all-rounders. While Ravichandran Ashwin is seventh in the list with 321 points.

Among the Test teams, India retained their top spot, followed by New Zealand and South Africa.