Virat Kohli received a special question from his wife Anushka Sharma as he hosted a Q and A session on Instagram on Saturday. 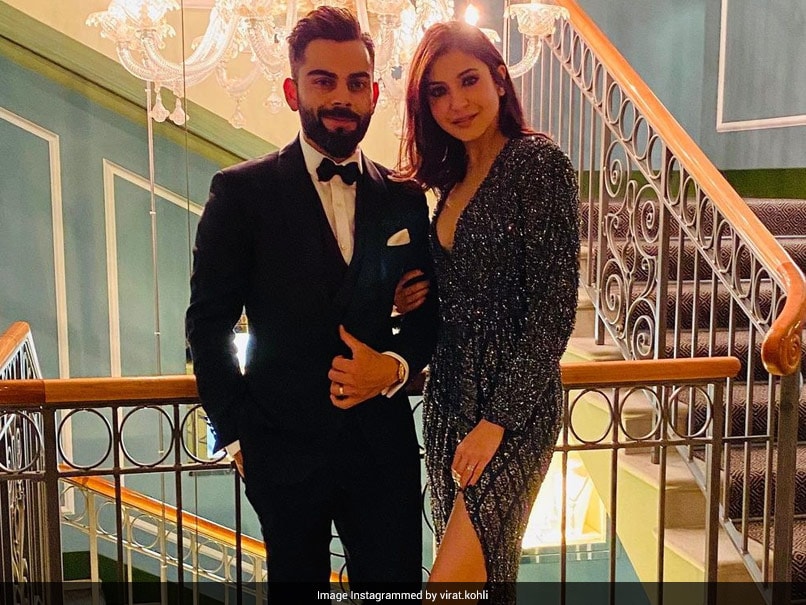 Virat Kohli and Anushka Sharma pose together for a photograph.© Instagram

With India set to travel to England for the upcoming World Test Championship (WTC) final vs New Zealand, Virat Kohli is currently undergoing his mandatory quarantine period in the team hotel in Mumbai. The WTC final is set to begin from June 18, in Southampton. After the WTC final, India will face England in a five-match Test series. To make his isolation period interesting, Kohli conducted a question-and-answer session through his Instagram account. There were plenty of questions of different variety displayed through his Instagram Stories.

Among various fan questions, there was a question from his wife Anushka Sharma where the Bollywood actor asked Kohli about her headphones' whereabouts.

"Where have you kept my headphones?" Anushka asked.

Kohli came up with an adorable reply to the question and he wrote "Always on the side table next to the bed love."

Anushka also featured in another reply from Kohli as a fan asked him what he does in his free time.

Kohli most recently participated in the Indian Premier League (IPL) 2021 season, which was postponed indefinitely midway through the season. The Indian captain is also the skipper of Royal Challengers Bangalore (RCB), who were third in the IPL 2021 Table, before it was halted due to the coronavirus situation.

RCB registered five wins and two losses in seven games. Kohli was in good form for RCB, along with the likes of Devdutt Padikkal, AB de Villiers, Glenn Maxwell.

With India heavily hit by the second wave of the COVID-19 pandemic, the cash-strapped cricket league was also hit by the dreaded virus. Some of the high-profile cases were Michael Hussey and Lakshmipathy Balaji from Chennai Super Kings (CSK).

Wriddhiman Saha from SunRisers Hyderabad (SRH) also tested positive but has recovered and is part of India's WTC final squad.

New Zealand Cricket Team Cricket
Get the latest updates on SA vs IND 2021-22, check out the Schedule and Live Score . Like us on Facebook or follow us on Twitter for more sports updates. You can also download the NDTV Cricket app for Android or iOS.