Virat Kohli's gesture to hand over the trophy to KS Bharat after India's Test series triumph over Bangladesh left the youngster elated. 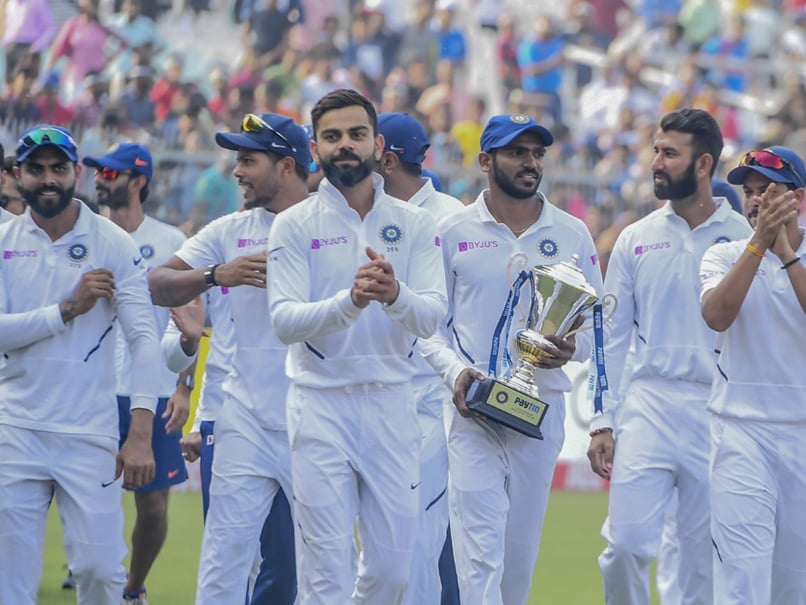 Virat Kohli, in a bid to motivate KS Bharat, handed over the trophy to the wicketkeeper-batsman after India's Test series triumph over Bangladesh. The small gesture from the India captain left KS Bharat elated and he was very happy about the treatment. Additionally, KS Bharat said, senior India batsman Rohit Sharma, who was standing next to him during the trophy presentation, asked him to enjoy the moment. "Virat bhaiya told me it's a small gesture of welcoming you in the team. Enjoy it," KS Bharat told the asianage.com.

"Then came Rohit bhaiya who was standing next to me. He told me to enjoy the moment. He said it is your time to enjoy and feel it. I was very nervous but was very happy the way they treated me", the 26-year-old added.

KS Bharat was included in the Test squad for the Bangladesh series as a cover for Wriddhiman Saha after the Indian selection committee had decided to release Rishabh Pant to get some match time in domestic cricket ahead of the limited overs series against the West Indies.

Bharat, who has been a regular for India A, has scored 3,909 runs in 69 first class games with eight hundreds and 20 half centuries which includes a triple hundred.

Bharat, however, is yet to make his debut in Test cricket. The Andhra Pradesh cricketer has also not featured in a single One-day International (ODI) or Twenty20 International (T20I).