Virat Kohli, Steve Smith "The Best", Fortunate To Play Against Them: Kane Williamson

Kane Williamson moved to No. 1 on the ICC rankings for Test batsmen in the final update of 2020, going past Virat Kohli and Steve Smith. 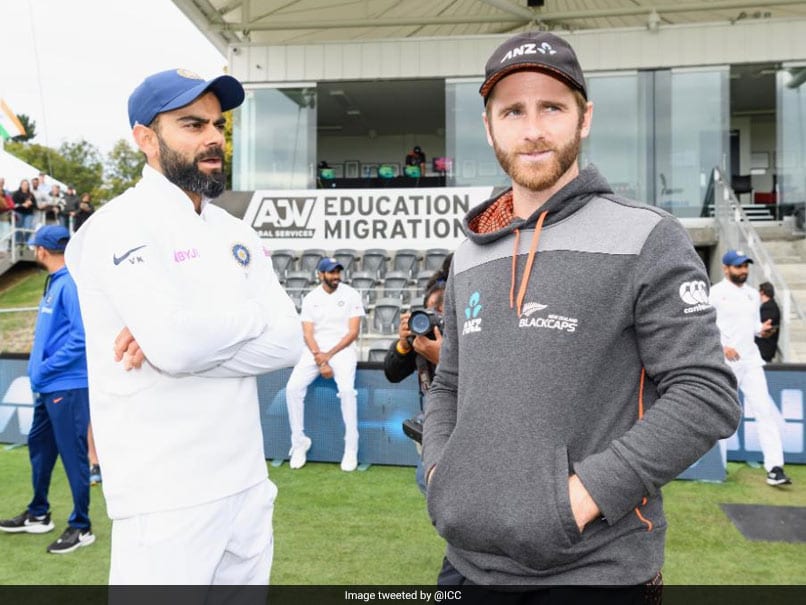 After displacing Virat Kohli and Steve Smith to reach the number one spot in the ICC Men's Test Rankings for batsmen, New Zealand skipper Kane Williamson on Thursday said he was just trying to do the best for his side which reflected in the rankings. Williamson played a knock of 129 in the first innings of the Bay Oval Test against Pakistan. "It's about trying to do as much as you can for the team. If you can contribute as much as you can and it can be reflected on the rankings, that's really cool," Williamson said in a video posted on ICC's official Twitter handle. Willamson did briefly occupy the top spot towards the end of 2015, but either Smith or Kohli have been number one since. This year too, Smith was at the top for 313 days and Kohli for 51, before Williamson surged ahead.

In Thursday's year-ending update, which also included performances from the second Test between Australia and India in Melbourne and the first Test between South Africa and Sri Lanka in Centurion, Williamson gained 13 rating points for his effort of 129 and 21 to go 11 points clear of Kohli and 13 ahead of Smith. Kohli is on paternity leave for the last three Tests of India's ongoing series against Australia, while Smith's MCG outing could only get him scores of zero and eight.

"Those two (Virat Kohli and Steve Smith) players are the best. For me, sneak up someone is very surprising and humbling. Those are the two players year and year out in all formats moving the game forward, very fortunate to play against these guys," the Kiwi said.

"It was a great game to be involved in. We seem to have many tight finishes against Pakistan. The last three have gone to the last 25 minutes of the last day. Both teams fought incredibly hard. I think we had moments although the resistance put up by Pakistan on the last day was incredibly strong. It is really exciting to cross the line and hunt for an opportunity for the World Test Championship," he added.

For Pakistan, Fawad Alam's valiant second-innings century has lifted him 80 places to 102nd position while wicketkeeper Mohammad Rizwan's scores of 71 and 60 have helped him advance 27 places to a career-best 47th position. Left-arm fast bowler Shaheen Afridi has moved from 35th to 33rd after grabbing four wickets in the first innings.

Pakistan will take on New Zealand in the second Test of the two-match series at the Hagley Oval in Christchurch from January 3.

Steven Smith Cricket
Get the latest updates on ICC T20 Worldcup 2022, check out the Schedule and Live Score. Like us on Facebook or follow us on Twitter for more sports updates. You can also download the NDTV Cricket app for Android or iOS.