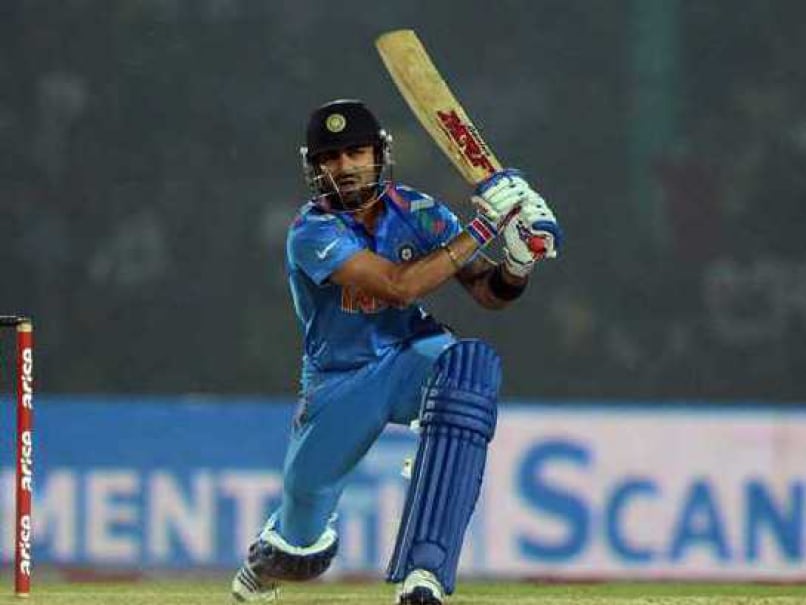 India's Virat Kohli may have flopped in the two innings of the first Test against England but the star batsman has held on to his second spot in the latest ICC ODI rankings released on Sunday.

Kohli though has company in South Africa's Hashim Amla, who jumped two places to join forces at second place after the opener smashed two centuries in his teams' first ODI series win in Sri Lanka.

De Villiers has been rewarded for his series aggregate of 212 runs by earning 13 rating points which have given him a career-best rating of 885.

Pakistan off-spinner Saeed Ajmal sat pretty at the top in the bowlers rankings while left-arm spinner Ravindra Jadeja was the only Indian in the top-10.

McLaren, who was the most successful bowler of the series with nine wickets, has broken into the top 10 in 10th position after jumping 10 places. Tahir, who claimed six wickets, has rocketed 32 places to occupy the 51st spot.

South Africa, as a team, also gained useful points after their 82-run win against Sri Lanka to clinch the three-match ODI series 2-1.

The rainbow nation entered the three-match series in fifth position on 109 rating points, and has now joined Sri Lanka on 111 rating points but is ranked behind Sri Lanka, in fourth position, when the ratings are calculated beyond the decimal point.

Comments
Topics mentioned in this article
Virat Kohli MS Dhoni AB de Villiers Shikhar Dhawan Hashim Amla Imran Tahir Ryan McLaren International Cricket Council Cricket
Get the latest updates on IPL Auction 2023 and check out  IPL 2023 and Live Cricket Score. Like us on Facebook or follow us on Twitter for more sports updates. You can also download the NDTV Cricket app for Android or iOS.