Virat Kohli has remained static at third in the ICC ODI rankings for batsmen, while AB de Villiers has overtaken Australia opener David Warner for the top spot 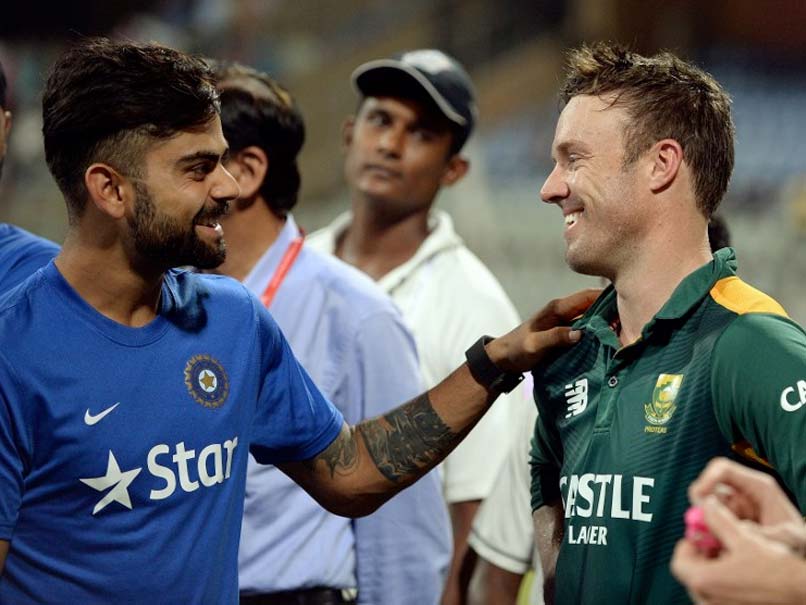 India captain Virat Kohli remained in the third spot to be the highest ranked Indian batsman in the latest ICC ODI rankings issued on Friday. Rohit Sharma and Mahendra Singh Dhoni also remained static in their 12th and 13th positions, respectively. Opener Shikhar Dhawan, on the other hand, dropped a spot to be now placed 15th. South Africa's AB de Villiers, meanwhile, regained the top spot in the standings after top scoring with 262 runs in the recent five-match ODI series against New Zealand, which his side won 3-2.

De Villiers, whose highest score of 85 runs in the series came in the third ODI at Wellington, has overtaken Australia opener David Warner for the top spot. The prolific South African batsman has regained the no. 1 rank within two months of losing it to Kohli.

De Villiers is on 875 points, four points ahead of Warner and 23 clear of Kohli in the rankings released on Friday, that take into account performances in 15 ODIs including West Indies' 3-0 loss to England, Afghanistan's 3-2 win over Zimbabwe and Ireland's 2-0 win over the United Arab Emirates.

It is for the 10th time that the 33-year-old De Villiers is at the top of the rankings since first taking the spot in May 2010. He has never been ranked outside the top five since September 2009.

Among the bowlers, Akshar Patel was the best-placed Indian in the 11th position.