Axarf Patel picked up a career-best 6/43 to help Gujrat set up summit clash with Delhi in the Vijay Hazare Trophy. 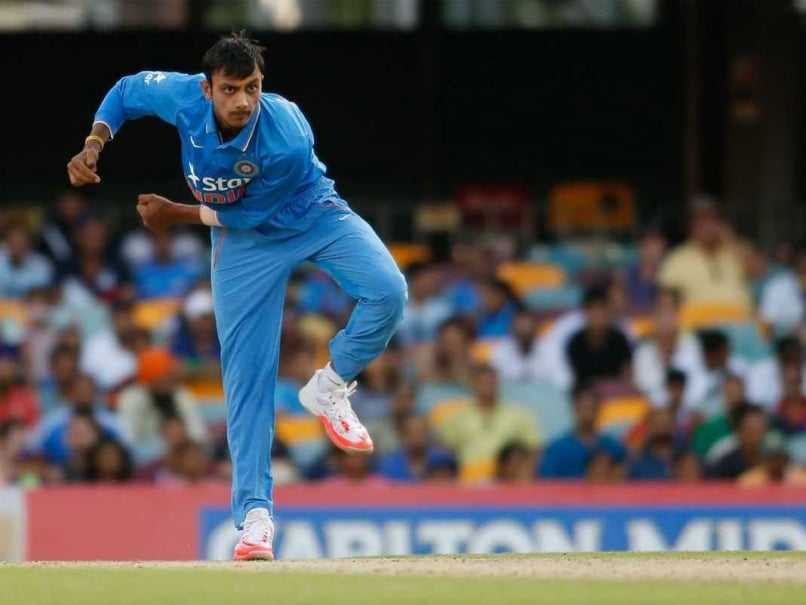 Axar Patel who is a India's squad for the Australia tour next month, ran through the Tamil Nadu top-order despite Abhinav Mukund carrying his bat through the innings with an unbeaten knock of 104.© AFP

Batting first, Gujarat scored a decent 248/8 with useful contributions from middle-order batsmen Chirag Gandhi (71) and Manprit Juneja (74). Tamil Nadu skipper Ravichandran Ashwin was the most successful bowler with 3/51 in 10 overs.

India's limited overs specialist ran through the Tamil Nadu top-order despite Abhinav Mukund carrying his bat through the innings with an unbeaten knock of 104.

Mukund and Dinesh Karthik (41) had added 84 runs in only 16.1 overs before Gujarat skipper Parthiv Patel introduced Axar as the sixth bowler into the attack.

From 84/0, Tamil Nadu slumped to 99/4 as the left-arm spinner struck four times in his first three overs.

Three of the four batsmen were stumped as they tried to play attacking strokes.

Tamil Nadu never recovered from the setback even though left-hander Mukund carried the fight till the end playing 142 balls and hitting six fours.

There was a glimmer of hope when Mukund along with skipper Ashwin (22) added 51 runs for the sixth wicket as Tamil Nadu reached 175/5 at one stage. But once Ashwin became Axar's fifth victim, Tamil Nadu's run-chase ran out of steam.

Mukund virtually had no support at the other end as Jasprit Bumrah finished the game with couple of fuller deliveries to polish off the tail.

Comments
Topics mentioned in this article
Akshar Patel Ravichandran Ashwin Abhinav Mukund Murali Vijay GUJ TN Cricket
Get the latest updates on India vs South Africa and check out  Schedule, Results and Live Score. Like us on Facebook or follow us on Twitter for more sports updates. You can also download the NDTV Cricket app for Android or iOS.