Venkatesh Prasad is among the eight short-listed aspirants to replace Graham Ford who would leave the job in January next year. 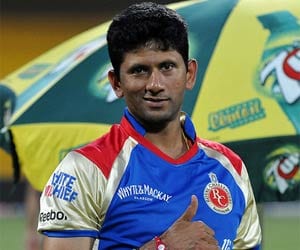 Former India medium pacer Venkatesh Prasad is among the eight short-listed aspirants who could take over as head coach of the Sri Lankan cricket team, a top Sri Lanka Cricket official said on Tuesday.

SLC advertised for it after incumbent Graham Ford announced that he would leave the job in January next year.

Peter Moores, a former England coach and Paul Farbrace, who was assistant coach with Sri Lanka until 2009, are among the overseas aspirants alongside Prasad.

SLC said the deadline for applications has been extended until October 31.

Comments
Topics mentioned in this article
Venkatesh Prasad Cricket
Get the latest updates on ICC T20 Worldcup 2022 and CWG 2022 check out the Schedule, Live Score and Medals Tally. Like us on Facebook or follow us on Twitter for more sports updates. You can also download the NDTV Cricket app for Android or iOS.