The BCCI, in a strategic tie-up with MRF, has announced a 10-day camp for Varun Aaron, Ishwar Pandey and Ashoke Dinda. 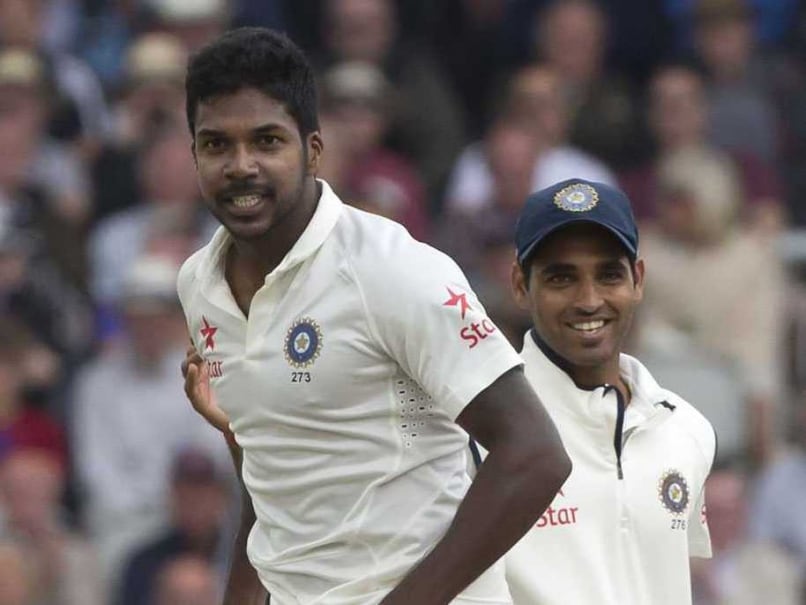 Varun Aaron had impressed with his bowling during Test series in England.© AP
New Delhi:

India's fastest bowler Varun Aaron has started his 10-day training programme under Aussie legend Glenn McGrath at the MRF Pace Foundation as part of a tie-up between the BCCI and company.

The BCCI, in a strategic tie-up with MRF, has announced a 10-day camp for some of the talented pacers but the spotlight will be on speed merchant Aaron, who will be working under McGrath, to iron out the chinks in his bowling as well as learning about the tricks of bowling on pitches Down Under.

India will be playing four Test matches while Aaron will also be eyeing to make a comeback into the ODI team.

Along with Aaron, two other notable names training at the foundation are Ishwar Pandey, who has been a part of the Indian touring party in New Zealand and England, and Ashok Dinda. (Also Read: 'BCCI Needs to Handle Aaron With Care')

McGrath, who has taken over from Dennis Lillee as the chief coach of India's premier pace bowling factory, had earlier worked with Aaron and Pandey. McGrath considers Pandey as one of the most talented swing bowlers in the country at the moment.

"Dinda, for his part has developed a lot of technical flaws in his bowling apart from being one-dimensional in his approach. He has been advised to have a stint under McGrath, who can work on his flaws before the Ranji Trophy comes calling in December," a source in know of the developments told PTI on Tuesday.

"With Mohammed Shami unlikely to be available due to national duty, an in-form Dinda is a must for Bengal," he added. (Read: Aaron Keen to Join Pujara For County Stint)

Some of the other pacers, who would be in the camp include Mumbai's fast medium bowler Shardul Thakur, who had impressed one and all during the last Ranji Trophy season.

There is Rajasthan's Deepak Chahar, who after a dream Ranji debut spell of 8/10 against Hyderabad, faded into oblivion due to poor form and injuries.

Jharkhand fast bowler Rahul Shukla and Railways' Anureet Singh, both of whom were a part of India A team in Australia recently, will also be working under McGrath.

Also, there is India U-19 medium pacer Chama Milind, who had represented the country in the last World Cup.

Bengal's reserve seamer Veer Pratap Singh, lanky UP bowler Ankit Rajput, who had played for CSK in the last IPL, will also be there among the bowlers.

Comments
Topics mentioned in this article
Varun Aaron Ashok Dinda Ishwar Pandey India Cricket Team Glenn McGrath BCCI Cricket
Get the latest updates on India vs South Africa and check out  Schedule, Results and Live Score. Like us on Facebook or follow us on Twitter for more sports updates. You can also download the NDTV Cricket app for Android or iOS.