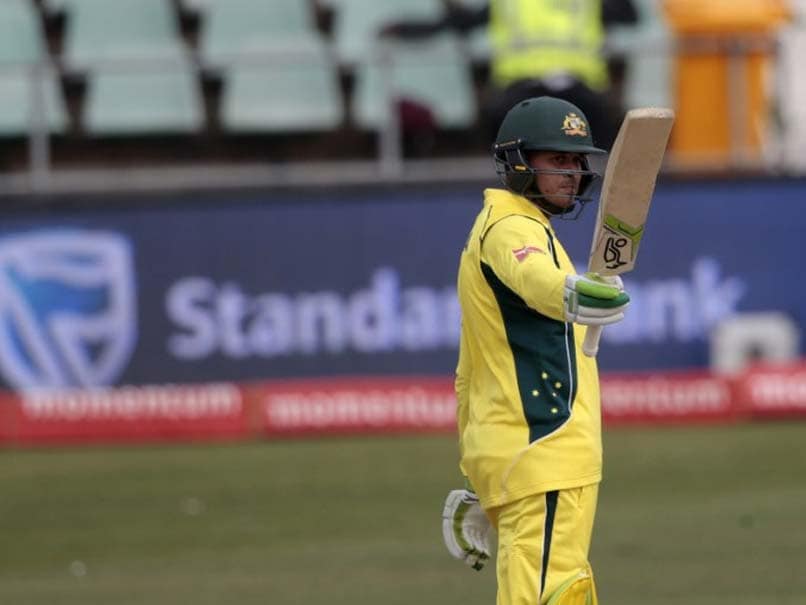 Benoni: Usman Khawaja and captain Steven Smith shared an unbeaten 126-run partnership as Australia romped to a nine-wicket win in a one-day international against Ireland at Willowmoore Park on Tuesday.

Khawaja made 82 not out and Smith an unbeaten 59 as Australia chased down a modest target of 199 with 19.5 overs to spare.

It was a second heavy defeat in a row for Ireland, who lost by 206 runs against South Africa at the same venue on Sunday, but set the scene for what Smith expects to be a tough five-match one-day series between South Africa and Australia, starting at Centurion on Friday.

Ireland let slip a promising start, collapsing from 121 for two in the 24th over to 198 all out.

The solid foundation laid by William Porterfield (24), Paul Stirling (30) and John Anderson (39) was destroyed when they lost three wickets for two runs in the space of seven balls.

Anderson was leg before wicket to Scott Boland before new cap Daniel Worrall claimed his first international wicket when he had Gary Wilson caught behind.

Worrall appealed unsuccessfully for leg before wicket when his next ball struck Sean Terry on the pad. But a careless Terry did not get back into his crease and the ball deflected to Smith, whose throw from slip ran out the new batsman.

"We lost our way there," said Ireland captain Porterfield. "It was difficult to come back from that."

Leg-spinner Adam Zampa was Australia's most successful bowler, taking three for 37. He made good use of his variations, taking two wickets with googlies and one with a flipper.

Zampa apart, a largely inexperienced Australian bowling attack looked in need of more work ahead of the series against South Africa. They sent down 13 wides, costing a total of 19 runs.

"It was a pretty good performance in the end," said Smith. "We need to work on the way we started with the ball but we came back nicely to bowl them out. We gave them too many freebies and we can't afford to do that against South Africa."

David Warner got Australia off to a rapid start, dominating a 73-run first wicket stand with fellow left-hander Khawaja. Warner hit 48 off 30 balls, with five fours and two sixes, before pushing back a slower ball from Tim Murtagh to be caught and bowled. Murtagh was the only Ireland bowler able to impose a measure of control over the batsmen, taking one for 21 in six overs.

Khawaja was dropped twice, on eight and 73, both times in the deep by Peter Chase off Barry McCarthy, but played a stylish 77-ball innings, hitting eight fours and two sixes.

Smith, returning to action after being rested during a recent one-day series in Sri Lanka, started slowly but finished with 59 off 73 balls.