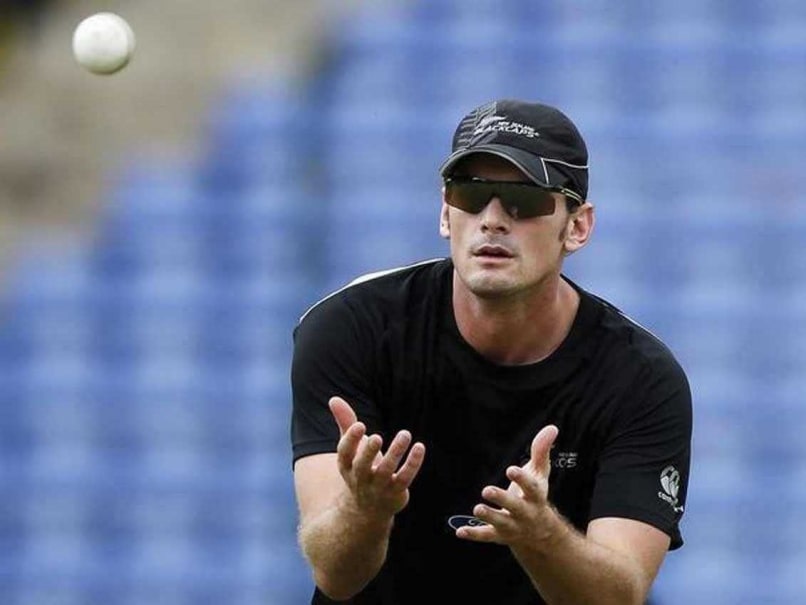 Kyle Mills had made his ODI debut in 2001, almost three years before his Test debut for New Zealand. He will not play any cricket after a career spanning 14 years.© Reuters
Wellington:

While Vettori, who announced his international retirement when the team returned to Auckland on Tuesday, has kept open the possibility of playing lucrative Twenty20 tournaments Mills said he had retired completely from all forms of cricket.

"It's been an honour and privilege to play cricket for my country over the past 14 years and I will miss it greatly," the 36-year-old said in a New Zealand Cricket statement on Wednesday.

"However, the time is right for me to step away from playing this great game and devote more time to my family, who have sacrificed so much for me to keep playing the game I love."

A fast-medium swing bowler, Mills made his international debut in a one-day match against Pakistan in 2001 before making his Test bow in 2004 against England.

Mills played 19 Tests with the last of those coming six years ago in Hamilton against India. However, he became a limited-overs specialist and played 170 matches, finishing with 240 wickets, second only to Vettori among New Zealand bowlers.

He was part of three World Cups squads but did not play a game in the 2015 campaign in which New Zealand made their first final before losing to Australia by seven wickets at the Melbourne Cricket Ground.

"It's sometimes forgotten that over the course of his career Kyle has consistently been ranked in the top 10 ODI bowlers in the world and for a long time held the top spot," New Zealand coach Mike Hesson added.

"To have the longevity that Kyle's had takes an incredible work ethic and desire to represent your country.

"On top of what he's achieved on the field, he's also a fantastic bloke and a great team man.

"He's a natural leader who did a superb job of captaining the side in Bangladesh and Sri Lanka last year and has brought a lot of passion to the group."

Comments
Topics mentioned in this article
Kyle Mills Daniel Vettori New Zealand Cricket Team Cricket
Get the latest updates on Fifa Worldcup 2022 and check out  Fifa World Cup Schedule, Stats and Live Cricket Score. Like us on Facebook or follow us on Twitter for more sports updates. You can also download the NDTV Cricket app for Android or iOS.