An all-round show from Dan Lawrence ensured England register an easy win over a fighting West Indies in the Under-19 World Cup in Chittagong. 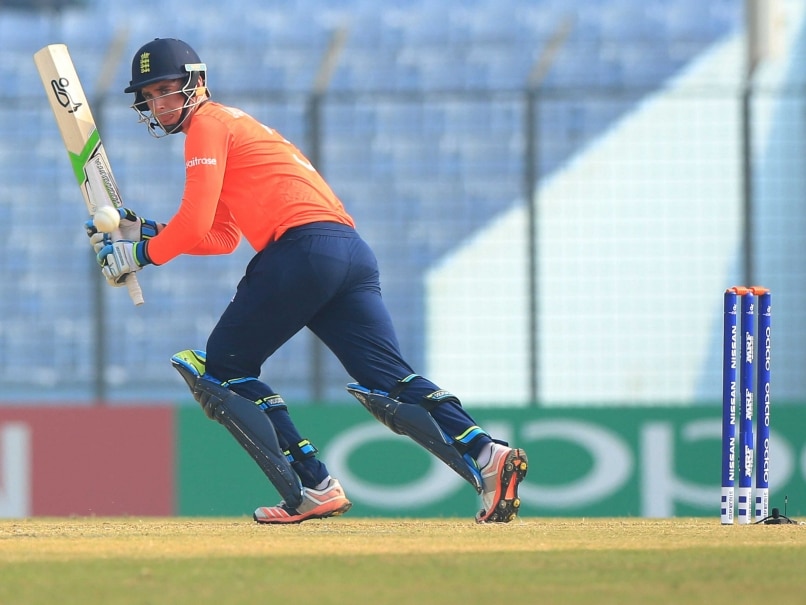 England's Under-19 batsman Dan Lawrence plays a shot on the leg side during the Under-19 World Cup game against West Indies at Zahur Ahmed Chowdhury Stadium in Chittagong.© ICC

England defeated a fighting West Indies by 61 runs in a Group C match to edge closer to a quarterfinals berth at the Under-19 World Cup in Chittagong on Friday. (Read More in Cricket)

England's second successive win in Group C -- they beat Fiji on Wednesday -- was built around an impressive 282/7 from 50 overs after they elected to bat first. There were two half-centuries from Dan Lawrence (55) and Callum Taylor (59), and useful contributions from George Bartlett (48) and Sam Curran (39).

The West Indies made a strong comeback after Curran had taken two wickets in the first over, but were bowled out for 221 in the 44th over. Gidron Pope (60) put on 82 runs for the third wicket with Keacy Carty (22) before Keemo Paul took the fight into the rival camp with a pugnacious 65 off 58 balls.

Lawrence followed his half-century with two wickets to be adjudged the player of the match, but the England seamer Saqib Mahmood was the best bowler in the game with 4/42.

"It got a bit nervous out there when their partnerships were going, but in the end it was a comfortable win," England captain Brad Taylor said after the match.

"I think the seamers did a great job in conditions that did not favour them, but the spinners allowed us to get a lot of dot balls. Everyone held their nerves in what was a good win."

England need a point in their last match against Zimbabwe on Sunday to finish as group leaders.

West Indies captain Shimron Hetmyer said the poor start set his team back. "We needed a good start to chase a total like that but we lost two wickets in the first over," he said.

"Keemo and Pope batted well and that is a positive we can take."

The West Indies need to win both their remaining matches convincingly to march into the Super League stage. 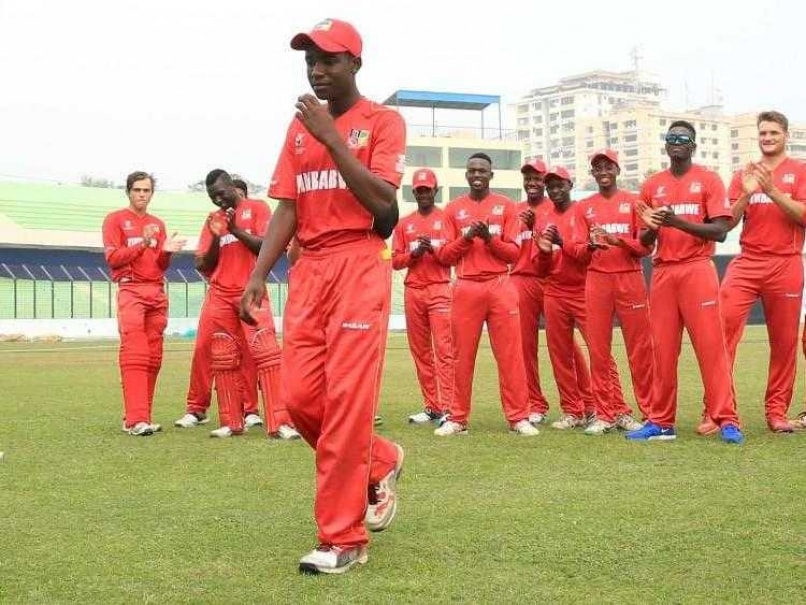 Zimbabwe's Wesley Madhevere picked up 5/24 as Fiji were shot out for 81 in the ICC Under-19 World Cup.

Zimbabwe began their campaign in Group C by cruising to a seven-wicket win over Fiji, condemning the first-timers to their second successive defeat.

Off-spinner Wesley Madhevere grabbed 5/24 as Fiji were shot out for 81 in 27.4 overs, a score Zimbabwe surpassed in the 19th over with Brendan Sly remaining unbeaten on 29.

Zimbabwe will take on England in their second league match on Sunday, needing a win to strengthen their chances of progressing to the Super League quarter-finals, while Fiji will clash with the West Indies on the same day. 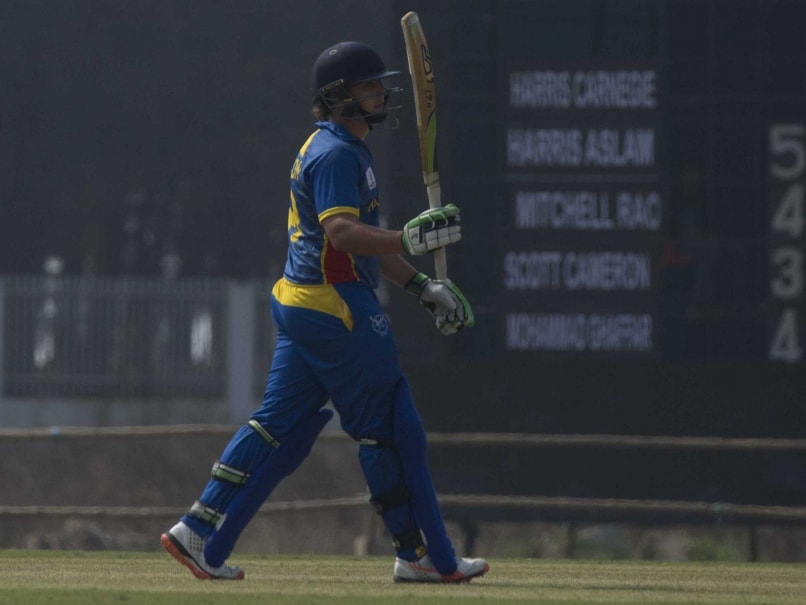 Namibia's SJ Loftie-Eaton celebrates his half-century against Scotland during the ICC Under-19 World Cup.

Namibia made a creditable start in Group A with a surprisingly easy nine-wicket rout of Scotland to keep their dream of making the Super League quarter-finals for the first time alive.

Namibia, whose best-ever finish in the tournament was 11th place in 2008 and had lost both their warm-up matches in Bangladesh, made short work of Scotland in a one-sided contest.

The Scots were reduced to 129/9 after electing to bat, before a last-wicket partnership of 30 between Scott Cameron and Mohammad Ghaffar lifted them to 159 all out. Michael van Lingen took three wickets.

Nambia eased past the target in 26 overs following an opening stand of 95 between SJ Loftie-Eaton (67 not out) and Niko Davin (52). Skipper Zane Green was unbeaten on 39.

Despite the early success, the Namibians will still need to win one of their two remaining matches against South Africa and host Bangladesh to ensure a place in the quarter-finals.

"It was a good team performance all-round," Green said. "We started good with the bat and finished well with the ball. We really look forward to our other matches now."

Scotland's captain Neil Flack said he was disappointed at the defeat, but vowed to bounce back.

"We had a bad day, but credit to Namibia. It made us pay," he said. "Our plans did not come through with the bat. We played a few silly shots. But trust me, we will bounce back.

"Cricket is a funny game, anything can happen. We are determined to make a strong comeback."

Scotland must defeat both Bangladesh and South Africa to qualify.

Comments
Topics mentioned in this article
Cricket Zahur Ahmed Chowdhury Stadium, Chittagong
Get the latest updates on ICC T20 Worldcup 2022, check out the Schedule and Live Score. Like us on Facebook or follow us on Twitter for more sports updates. You can also download the NDTV Cricket app for Android or iOS.