UAE vs Ireland: 2nd ODI Between UAE And Ireland Postponed Due To COVID-19

UAE and Ireland have agreed to postpone Sunday's scheduled match until January 16, 2021 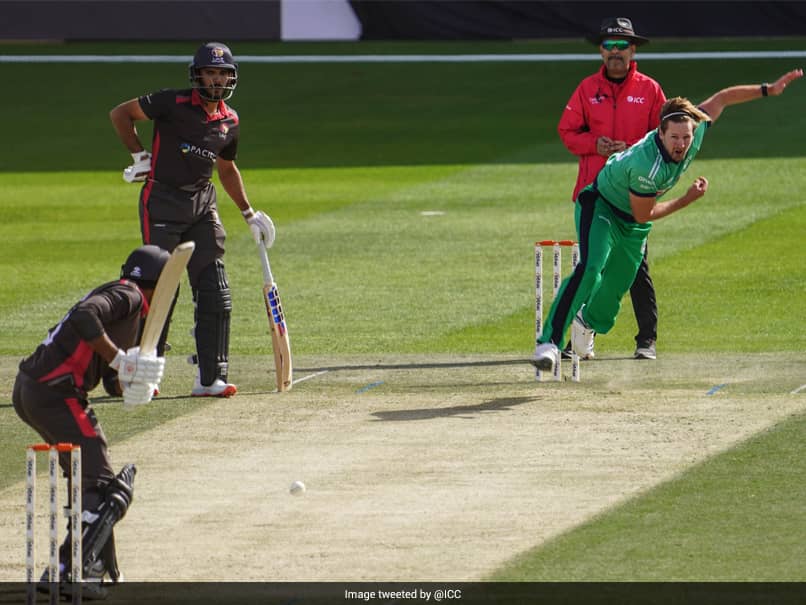 In the first ODI, UAE defeated Ireland by six wickets on Friday.© Twitter

The second ODI between UAE and Ireland has been postponed after Alishan Sharafu tested positive for coronavirus on Saturday. He is the third member of UAE's squad to return a positive result, following Chirag Suri and Aryan Lakra. The tests that were carried out on December 29 were all negative. Players were then isolated in their separate rooms (in the team hotel) for three days. Chirag tested positive on January 7, followed by Aryan Lakra on January 8. Both Chirag and Aryan were isolated in their hotel rooms immediately after testing positive. As all remaining tests were negative and after the tracing app data was reviewed, no further close contacts were traced.

"In the early hours of January 9th, and following a seventh test carried out on January 8th on all players and staff in the UAE team bubble, Alishan Sharafu's test also came back positive. Alishan is currently in isolation awaiting transfer by the Health Authorities to a medical isolation facility," the Emirates Cricket Board (ECB) said in an official statement.

The two teams have agreed to postpone Sunday's scheduled match until January 16, 2021.

"The Emirates Cricket Board has advised us today of a further positive COVID test amongst its playing squad, and we have both agreed the safest course of action is to postpone the second ODI scheduled for tomorrow. We hope to play this match on the 16th January, all going well," said Richard Holdsworth, High-Performance Director for Cricket Ireland.

In the first ODI, UAE defeated Ireland by six wickets on Friday. Paul Stirling''s unbeaten century - his second in consecutive ODI innings - positioned Ireland well in the first ODI but a clinical run chase by UAE saw the home side achieve its first-ever ODI win over a Full Member.

Ireland Cricket Team Cricket
Get the latest updates on India vs England Series, India vs England , live score and IPL 2021 Auction . Like us on Facebook or follow us on Twitter for more sports updates. You can also download the NDTV Cricket app for Android or iOS.