Maiden ODI centuries for Chundangapoyil Rizwan and Muhammad Usman, who shared a fourth wicket partnership of 184, steered UAE to an impressive six-wicket win over Ireland in the first of a four-match series on Friday. 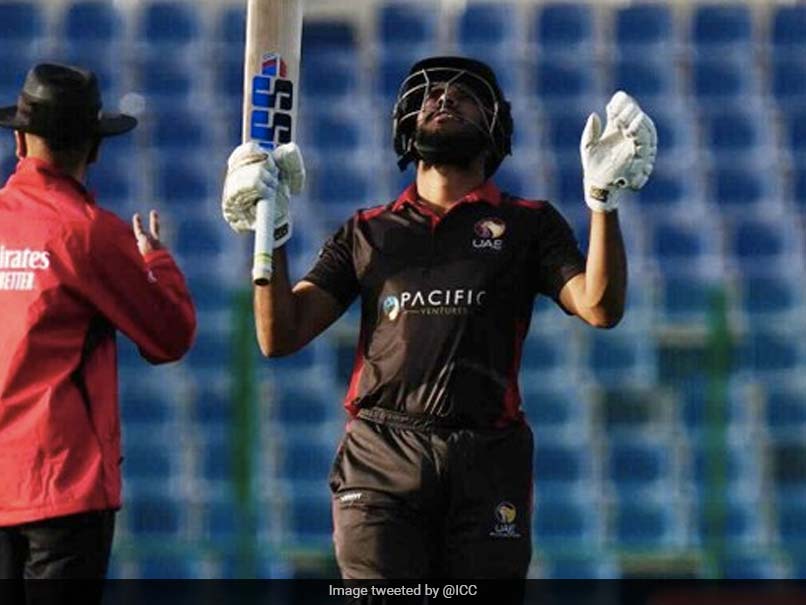 Maiden ODI centuries for Chundangapoyil Rizwan and Muhammad Usman, who shared a fourth wicket partnership of 184, steered UAE to an impressive six-wicket win over Ireland in the first of a four-match series on Friday. Chasing 270, Rizwan and Usman came together with UAE wobbling on 51 for three in the 13th over but they calmly rebuilt the innings until man-of-the-match Rizwan was removed for 109 with 35 runs still needed.

A quickfire unbeaten 10-ball 18 from Waheed Ahmed helped to guide them home with an over to spare, the experienced Usman finishing on 102 not out.

"We are hugely disappointed with the result, we are here to win games of cricket but we don't have much time to reflect," said Ireland captain Andy Balbirnie who won the toss and chose to bat.

Opener Paul Stirlingpaced himself superbly to bat through the innings and claim his tenth ODI century.

His 131 not out came off 148 balls and included nine fours and four sixes.

He shared a second wicket partnership of 102 with Balbirnie who made 53 from 61 balls but the innings faltered with the captain's dismissal.

Ireland reached 269 for five from their 50 overs.

Leinster fast bowler Barry McCarthy ripped out openers Zawar Farid and Vriitya Aravind, and when Curtis Campher found the outside edge of Alishan Sharafu's bat, the home side were in serious trouble.

Rizwan, originally from Kerala in India, struck nine fours and a six in his 136-ball 109 while Lahore-born Usman's unbeaten 102 came from 107 balls and included seven fours and three sixes.

The second ODI takes place on Sunday when UAE are still likely to be without vice-captain Chirag Suri and uncapped left-arm spinner Aryan Lakra who both missed Friday's opener after testing positive for Covid-19.

Since the New Year, the daily number of fresh Covid-19 cases in the country has averaged around 2000.

Following the UAE series, Ireland will remain in the country to play three ODIs against Afghanistan.

Paul Stirling Barry McCarthy
Get the latest updates on IPL Auction 2023 and check out  IPL 2023 and Live Cricket Score. Like us on Facebook or follow us on Twitter for more sports updates. You can also download the NDTV Cricket app for Android or iOS.