UAE Slammed Five-Run Penalty During ODI Against Nepal. Here's Why 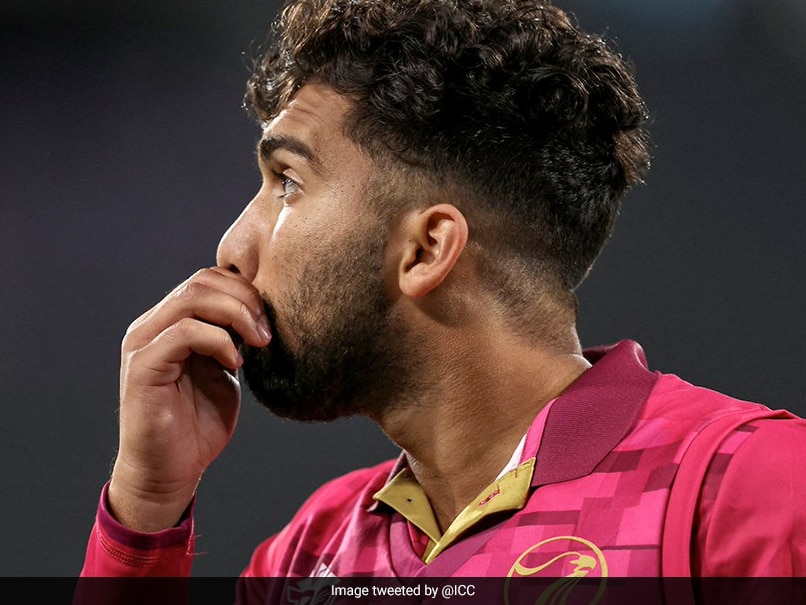 UAE's Alishan Sharafu applied saliva to polish the ball during the second ODI vs Nepal.© Twitter

After the International Cricket Council (ICC) decided to impose permanent ban on saliva use to polish the ball, the United Arab Emirates (UAE) national team became the first casualties of the rule during a match against Nepal, resulting in five penalty runs given to the latter. During the second ODI against Nepal, UAE's Alishan Sharafu applied saliva to polish the ball. After his act was noticed, on-field umpires Vinay Kumar Jha and Masudur Rahman awarded Nepal five penalty runs in line with the new ruling that came into effect this year in September.

A new on-field punishment was enforced in Kathmandu, and the penalty runs helped Nepal level their ODI series with UAE

The ban on the use of saliva was in place for over two years as a precautionary measure due to COVID-19. But following the meeting of ICC Cricket Committee, this ban was made permanent in September.

The ongoing three-match series between both sides was given an ODI status and this rule was applied automatically.

"If the umpires spot someone applying saliva on the ball blatantly, there is no option but to award five penalty runs to the oppositions straight away," a former ICC panel umpire confirmed to ESPNcricinfo.

"Earlier, when the rule was initially implemented after the pandemic, there was some leniency in the form of two warnings to the fielding team, since everyone was getting adjusted to the new ruling. We used to talk to the captain and give him a heads up simply because it was a new rule. Two years on, teams and players are used to it now," the umpire added.

Nepal won the match by three wickets to level the series, thanks to an eighth-wicket stand of 62 runs between 16-year-old Gulshan Jha (37) and Aarif Sheikh (33*) during a chase of 191 runs.

The decider of the series will be played on Friday.

United Arab Emirates Alishan Sharafu Cricket
Get the latest updates on IPL Auction 2023 and check out  IPL 2023 and Live Cricket Score. Like us on Facebook or follow us on Twitter for more sports updates. You can also download the NDTV Cricket app for Android or iOS.