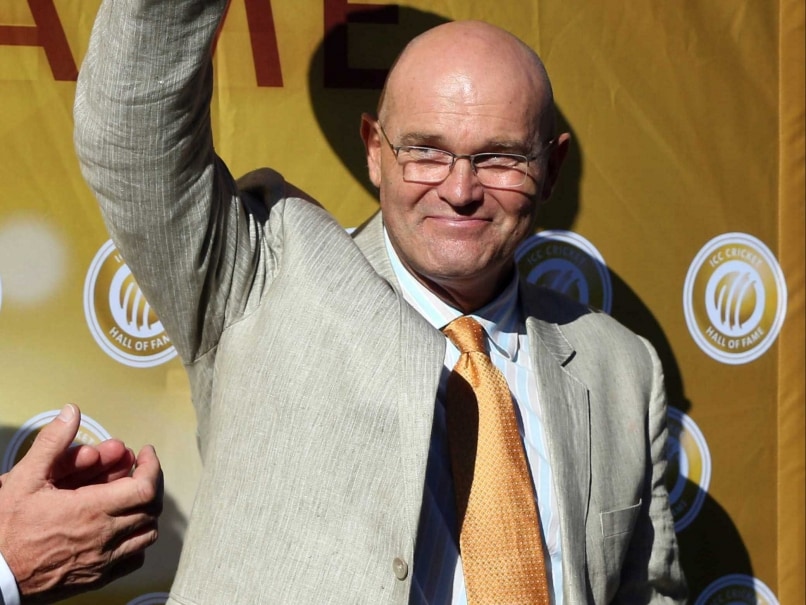 Martin Crowe was farewelled in Auckland in a funeral that was also attended by Hollywood star Russell Crowe, his cousin.© AFP

About 1,000 mourners packed Auckland's Holy Trinity Cathedral to remember Crowe, who died on March 4 aged 53 after a long battle with cancer. (Crowe Honoured by ICC Hall of Fame Award)

The batsman's brother Jeff, himself a former Black Caps captain, said the family had been touched by the outpouring of grief from across the cricketing world. (Tributes Flow in As Martin Crow, Batting Great and T20 Pioneer, Dies At 53)

He was in Bangladesh on umpiring duties when Martin died and said there were heartfelt tributes from many involved in the game, including "a new Indian cricket generation". (Martin Crowe's Demise a Sad Day for Cricket: MS Dhoni)

"It had never really dawned on me... what a huge splash he made, what a true inspiration he was," Crowe senior told the service.

"Wasim Akram reminded me just the other day that Martin was the greatest batsman he ever bowled to -- no higher praise than that," he added.

Former team-mates shared memories of a player who averaged 45.36 despite being plagued by injury in his 77-Test career, hitting 17 centuries -- still a New Zealand record.

"Cricket has lost one of its iconic players. He will be fondly remembered, greatly missed but never forgotten, a true champion," Border said.

Smith said Crowe's cricketing brain was unsurpassed, describing him as years ahead of his time in devising a shortened form of the game that paved the way for Twenty20.

He also shared lighter memories, such as Crowe imitating opponents' techniques during rain delays in the dressing room and forcing team-mates to repeatedly watch films featuring his Oscar-winning cousin.

"(Martin) was in 'Gladiator' as an extra, he was a senator -- well he was never going to be a footsoldier was he?" Smith quipped, referring to the Russell Crowe blockbuster.

The actor's presence at the service had been in doubt due to prior commitments, but he made the trip to New Zealand with his children.

He did not address the service but after Crowe's death tweeted: "My champion, my hero, my friend. I will love you forever."

My champion, my hero, my friend. I will love you forever.
RIP M.D.Crowe . pic.twitter.com/PHynH9RNQ7

He helped carry a casket bearing a giant inlaid silver fern to a hearse outside the cathedral as students from Crowe's former school Auckland Grammar performed a haka.

Smith said he saw Crowe in recent months "as things were shutting down" due to the cancer that was first diagnosed in October 2012 and then returned in September 2014.

"I won't remember him that way," he said.

"I'll always see a great man at the crease. White helmet, silver fern on... playing the most perfect straight drive back past the bowler for four."

Comments
Topics mentioned in this article
Martin David Crowe New Zealand Cricket Team Allan Robert Border Wasim Akram Cricket
Get the latest updates on ICC T20 Worldcup 2022 and CWG 2022 check out the Schedule, Live Score and Medals Tally. Like us on Facebook or follow us on Twitter for more sports updates. You can also download the NDTV Cricket app for Android or iOS.