Trent Boult finished with 6/30 from 15 overs, achieving his best figures in a Test innings. 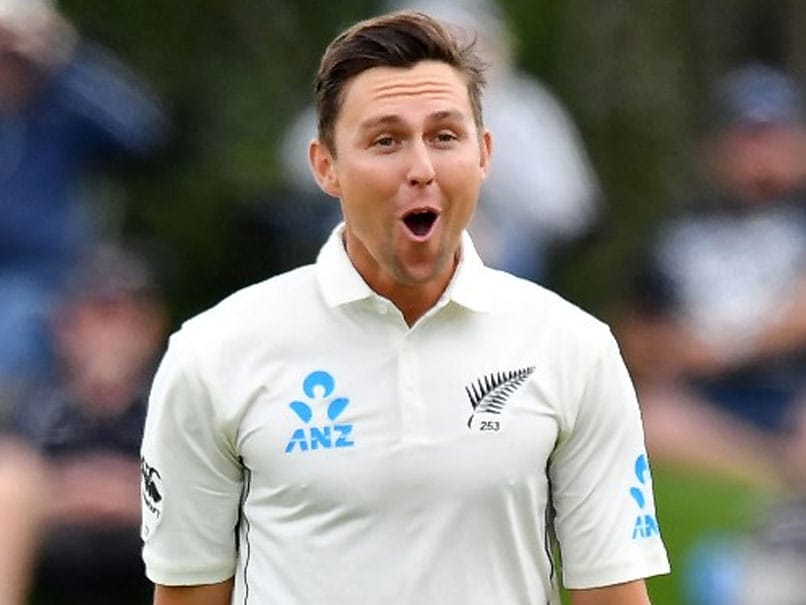 A stunning burst of six wickets for four runs in 15 deliveries by Trent Boult saw New Zealand dismiss Sri Lanka for 104 on day two of the second Test in Christchurch on Thursday. From an overnight 88/4, Sri Lanka collapsed sensationally to hand New Zealand a lead of 74. Boult ripped through the Sri Lankan middle and lower order to dismiss the tourists inside 40 minutes on day two. The Black Caps quick recorded his career-best figures and stole the show in spectacular fashion.

Boult struck in his third over of the morning by dismissing Roshen Silva, caught at third slip, and then produced a triple-wicket maiden. The final five wickets fell for four runs - the worst final five-wickets collapse in Sri Lanka's Test history.

Sri Lanka's last four all fell for ducks, lbw to Boult, as Angelo Mathews watched from the non-striker's end.

It was a sublime display of bowling from Boult, who had gone wicketless from 10 overs on day one. Boult finished with 6/30 from 15 overs, achieving his best figures in a Test innings, eclipsing the 6/32 he took against England at Eden Park in March.

The 29-year-old now has 230 Test wickets, and sits in fifth place on the Black Caps' all-time wicket-takers list, just behind Chris Martin (233) and Southee (235), who yesterday overtook Martin to jump into third place, well adrift of legends Sir Richard Hadlee (431) and Daniel Vettori (361).

The two-match series is currently level at 0-0 after the first Test was spoiled by rain on the final day.

Trent Boult Cricket New Zealand vs Sri Lanka, 2nd Test
Get the latest updates on ICC T20 Worldcup 2022, check out the Schedule and Live Score. Like us on Facebook or follow us on Twitter for more sports updates. You can also download the NDTV Cricket app for Android or iOS.