Mohammad Amir, the prodigious teenage Pakistan fast bowler, made an impassioned apology on Wednesday for his involvement in the cricket spot-fixing scandal, saying his own stupidity had brought him down. 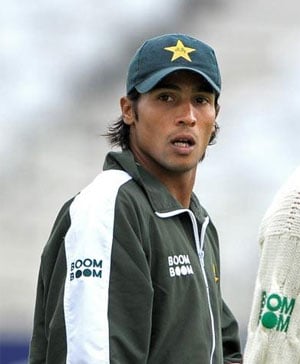 Mohammad Amir, the prodigious teenage Pakistan fast bowler, made an impassioned apology on Wednesday for his involvement in the cricket spot-fixing scandal, saying his own stupidity had brought him down. (Also see: Spot-fixing timeline: Butt, Asif found guilty)

Amir, 19, considered one of the hottest emerging talents in the game after becoming the youngest player to take 50 Test wickets, said he had got involved over his head and panicked.

He said his dream had been to become the best cricketer in the world but now he did not know if the sport would ever want him again, as he awaits sentencing Thursday at London's Southwark Crown Court.

Amir admitted conspiring to cheat and to accept corrupt payments for bowling two pre-arranged no-balls during the August 2010 Test between England and Pakistan at Lord's.

"I want to apologise to Pakistan and to everyone that cricket is important to. I do know how much damage this has done to the game, a game which I love more than anything else in the world," he said in a statement read out in court.

Amir said the best day of his life was when he first realised his dream of playing for Pakistan, saying he would have slept in his team shirt but did not want to ruin it.

He said he decided months ago to admit bowling two no-balls.

"But I know this was very late and I want to apologise for not saying it before. I didn't find the courage to do it at the beginning, and I know very well that made everything much more difficult.

"I got myself into a situation that I didn't understand. I panicked and did the wrong thing. I don't want to blame anyone else. I didn't want money at all, I didn't bowl the no balls because of money. I got trapped and in the end it was because of my own stupidity.

"My dream was to be the best cricketer in the world ... I do not know if cricket will ever want me again. I can understand why it would not.

"As difficult as this past year has been, and in particularly today, I am still relieved to have admitted what I have done.

"I don't know what my future holds but I would like to say I have learnt a very hard lesson."

He said he had let down people he admired and was prepared for the judge's decision on his fate.

"I apologise to everyone for what I did, and that I did not accept responsibility earlier.

"I respect any decision the court will make. I accept I have done wrong and that there were other things I could have done and should have done in the circumstances I found myself in."

Judge Jeremy Cooke dismissed claims that Amir was only involved in one episode of spot-fixing, saying that text messages from murky contacts in Pakistan suggested he was also implicated in fixing during the preceding Test at The Oval.

Comments
Topics mentioned in this article
Mohammad Amir Cricket
Get the latest Cricket news, check out the India cricket schedule, Cricket live score . Like us on Facebook or follow us on Twitter for more sports updates. You can also download the NDTV Cricket app for Android or iOS.