A key figure in Sri Lanka's batting line-up for more than a decade, Samaraweera, 36, rebuilt his career after being shot in a militant attack on his team bus in Pakistan in 2009. 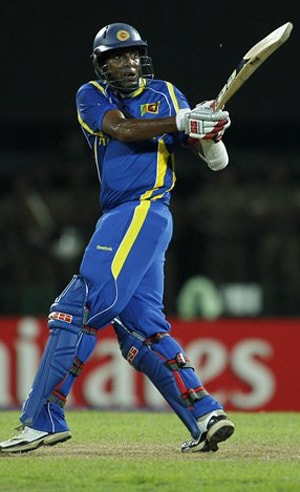 Sri Lankan batsman Thilan Samaraweera retired from international cricket on Wednesday after selectors dropped him from the opening Test against Bangladesh which starts in Galle later this week.

A key figure in Sri Lanka's batting line-up for more than a decade, Samaraweera, 36, rebuilt his career after being shot in a militant attack on his team bus in Pakistan in 2009.

"I was shocked with my omission from the squad against Bangladesh," he told reporters, adding he had been told by the selectors that they may need him for the tour of Pakistan later this year.

"There was no point in waiting for nine months. I respect the decision of the selectors to go with young players and decided it was the right time for me to retire."

Samaraweera will, however, play for Worcestershire in English county cricket this year.

Samaraweera was hit by a bullet in the left thigh when militants attacked the Sri Lankan team bus which was on way to the Gaddafi stadium in Lahore for a Test match. The attack left eight people dead.

It was a tribute to his mental toughness that he returned to Test cricket in July the same year after undergoing surgery.

Samaraweera scored an unbeaten century on Test debut against India in Colombo in 2001. His hundred in Durban in 2011 helped Sri Lanka win their maiden Test in South Africa.

His form dipped on a recent tour of Australia where he managed just 79 runs in six Test innings, the dismal performance eventually leading to his ouster from the squad against Bangladesh and his retirement.

Comments
Topics mentioned in this article
Cricket Muttiah Muralidaran Thilan Samaraweera Bangladesh Cricket Team Pakistan Cricket Team Sri Lanka Cricket Team Trevor Harley Bayliss
Get the latest updates on IND vs NZ 2021, check out the Schedule and Live Score . Like us on Facebook or follow us on Twitter for more sports updates. You can also download the NDTV Cricket app for Android or iOS.