Team India is reunited after an intense edition of the IPL, ahead of their tour of Australia. 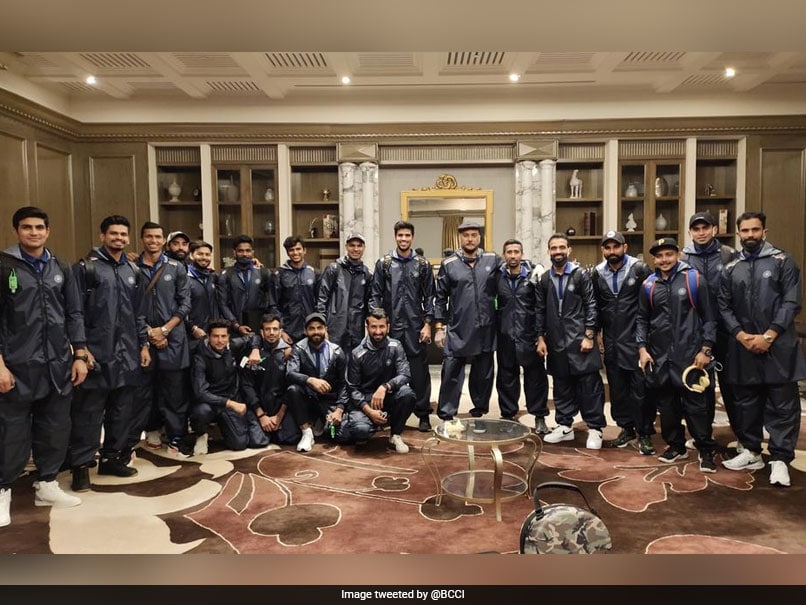 India and Australia will play three ODIs, three T20Is, and four Tests against each other.© Twitter

The recently concluded Indian Premier League (IPL) 2020 witnessed players from the Indian cricket team bring a temporary halt to their unity and camaraderie. While Team India skipper Virat Kohli plotted the dismissal of vice-captain Rohit Sharma, best friends Hardik Pandya and KL Rahul took no mercy on the other when their respective sides faced off. It all ends now with the Indian team reunited for the upcoming tour of Australia and gearing up for some intense sporting action in a post-COVID world. The players were seen wearing PPE kits with masks, which are a part of their kit and tailored to match their India kits, in pictures tweeted out by the official Board of Control for Cricket in India (BCCI) account. "#TeamIndia is BACK! Let's embrace the new normal#AUSvIND," read the tweet.

The away tour of Australia will begin with a three-match ODI series, followed by the same number of T20I matches before being concluded with a four-match Test series. The first two ODI matches will be held in Sydney with the final clash scheduled to take place in Canberra. The opening T20I will take place at the same venue as that for the final ODI, with the second and final limited-overs matches set to be held in Sydney.

How cool is this new look! #TeamIndia pic.twitter.com/jnfuG1veWX

The four Test matches will be held in Adelaide, Melbourne, Sydney and Brisbane.