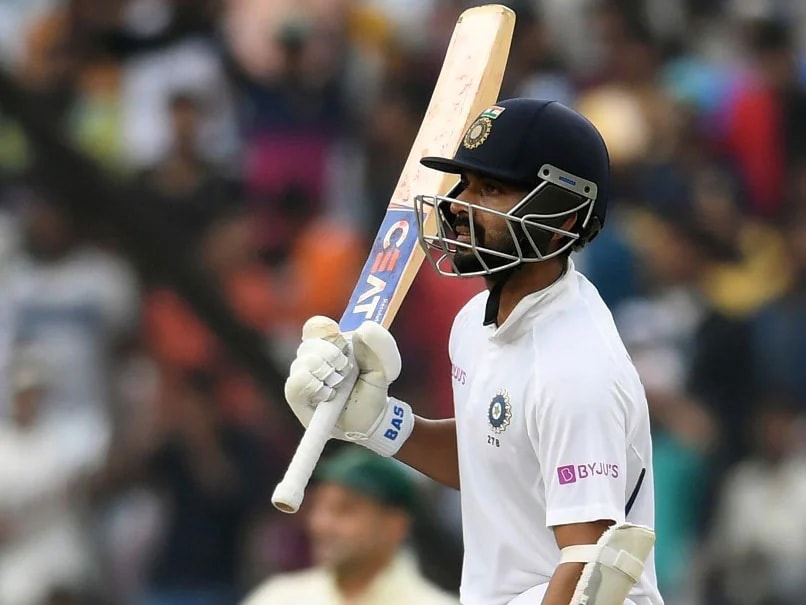 Test vice-captain Ajinkya Rahane continued his good form with a second successive half-century as Mumbai defeated Services by 17 runs in a Syed Mushtaq Ali T20 group B clash at the Nehru Stadium on Friday. The Mumbai skipper, who slammed 75 in their loss to Karnataka on Thursday, once again formed the cornerstone of their innings with a 44-ball-54 to power them to 154/7 after Services opted to bowl. In reply, Tushar Deshpande (3/35) and Mohit Avasthi (2/19) shared five wickets between them as Mumbai restricted Services to 137/7 while registering their first win in the tournament.

Former India A player Rajat Paliwal was the top-scorer for the Services with his 49-ball 64. Earlier, Rahane slammed four sixes and three fours and held the innings together stitching two crucial partnerships with Siddhesh Lad (21) and Shivam Dube 29).

Services left-arm spinner Vikas Yadav tightened the noose inside the Powerplay and did not allow Prithvi Shaw to break free before dismissing the Indian batsman for a 16-ball 14 in the fifth over.

Yashasvi Jaiswal (1) also fell cheaply as Mumbai were 34/2 in 6.2 overs before Rahane and Lad rebuilt the innings with smartly rotating singles. After Lad departed, Dube accelerated the innings smashing one six and three boundaries as he along with Rahane put on 41 runs from 32 balls.

Rahane got out in the penultimate over but it was Aman Hakim Khan who kept the onslaught with his 18 off nine balls (2x4, 1x6) to take them to a challenging 154/7.

Meanwhile at the Barsapara Stadium, Bengal and Karnataka secured last over wins against their respective opponents to hold on to the top two spots in group B. Krunal Pandya's 57 not out from 43 balls went in vain as Bengal bowlers, led by Writtick Chatterjee's tidy 4-0-14-1, stuck to their tasks to win by two runs.

Chasing 147, Baroda were going strong with 98/3 in the 16th over before Chatterjee triggered the collapse dismissing Vishnu Solanki for 13 as Baroda lost three quick wickets for 31 runs.

Baroda needed 14 runs from the last over as Mukesh Kumar held his nerves to give away 11 to fashion a thrilling last-over win.

Earlier in the day, Karnataka opener Devdutt Padikkal scored 42 while wicketkeeper batsman BR Sharath remained unbeaten on 42 to steer them to a four-wicket win with three balls to spare.