Suspended Saeed Ajmal Hopeful of Return After Bowling vs Kenya

Saeed Ajmal bowled six overs for 23 runs and took one wicket in Pakistan's 118-run win in the fourth unofficial one-day match against Kenya in Lahore. The banned off-spinner bowled for the first time in three months with a remodelled action. 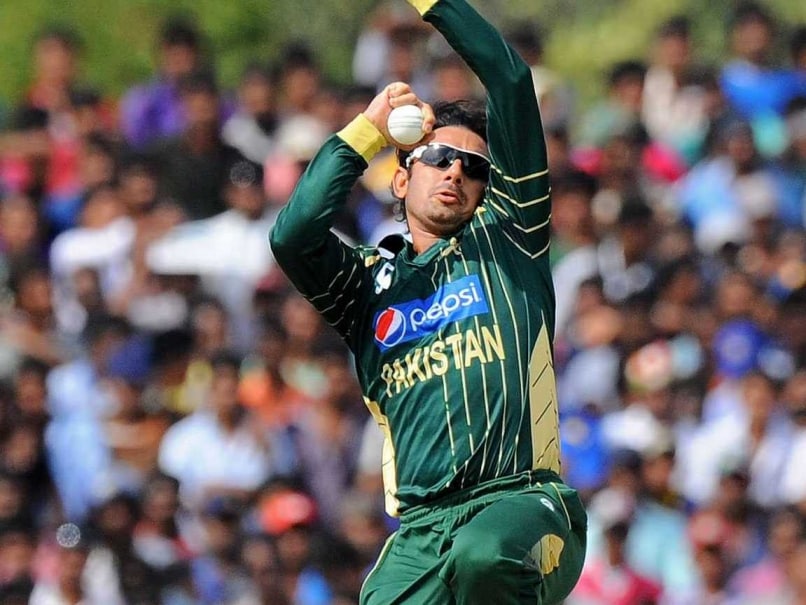 Bowling with a remodelled action, Ajmal picked up a wicket vs Kenya.© AP
Lahore:

Ace Pakistan spinner Saeed Ajmal Friday said he is confident of a comeback at international level after bowling for the first time with a remodelled action, three months after his suspension.

The 37-year-old bowled six overs for 23 runs and took one wicket in Pakistan's 118-run win in the fourth unofficial one-day match against Kenya in Lahore.

His action was reported in August during the Galle Test against Sri Lanka and a month later he was suspended after a bio-mechanical analysis found his action was illegal.

"It's a nice feeling," Ajmal told reporters. "It's not like before, after changing my action, but I feel good."

Ajmal said he will also play Sunday's match against Kenya.

"I will also play the fifth and final match against Kenya and then feature in a Pentangular tournament so that I can gain more confidence.

"This will surely help me and I am determined to come back to international cricket," said Ajmal, who at the time of his suspension was world's top bowler in one-day rankings.

"It is a good opportunity for me to finally test out my remodelled action in a proper match," said Ajmal.

Pakistan's selectors had included Ajmal in the preliminary 30-man squad for next year's World Cup in a hope that he gets cleared.

Ajmal needs to clear another reassessment with the International Cricket Council (ICC) before being able to bowl at the international level.

Under the ICC rules all bowlers are allowed to bend their elbow by 15 degree, beyond which the action would be illegal.

Ajmal's flex went to 43 degree after which he did remedial work with former Pakistan off-spinner Saqlain Mushtaq.

Pakistan's plans for the World Cup were badly hit by Ajmal's suspension and were further derailed by all-rounder Mohammad Hafeez's recent suspension for the same offence.

Pakistan Cricket Board said Ajmal and Hafeez will be reassessed before January 7, the deadline for submitting the final 15-man squad for the World Cup.

Australia and New Zealand co-host the tournament from February 14 to March 29.

Comments
Topics mentioned in this article
Pakistan Cricket Team Kenya Saeed Ajmal Cricket
Get the latest updates on Fifa Worldcup 2022 and check out  Fifa World Cup Schedule, Stats and Live Cricket Score. Like us on Facebook or follow us on Twitter for more sports updates. You can also download the NDTV Cricket app for Android or iOS.