Sushant Singh Rajput, who essayed the role of Mahendra Singh Dhoni in the recent super-hit Bollywood film MS Dhoni - The Untold Story, was in the stadium to cheer on the Indian cricket team at Mohali. 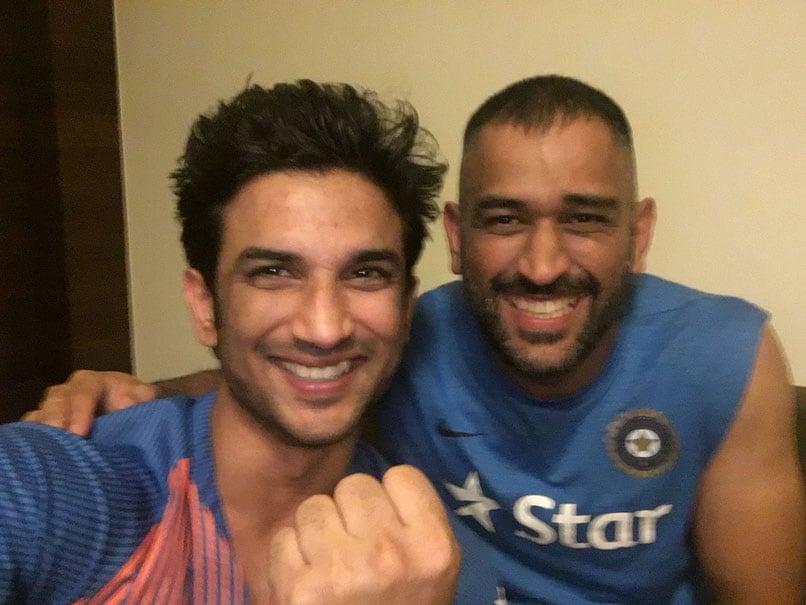 Actor Sushant Singh Rajput, who played the title role in cricket star Mahendra Singh Dhoni's biopic named "MS Dhoni - The Untold Story", sent social media into a tizzy on Sunday after posting an image of him in an India shirt.

Rajput also hinted that he was on his way to watch India's third One-Day International against New Zealand in Mohali.

"Guess where I am headed to? See you soon," Rajput tweeted along with a photograph of him in the Indian blue jersey.

Guess where I am headed to..?
See you soon ?? pic.twitter.com/n6PZj8WpoR

An hour later, the 30-year old celebrated an India wicket moments after checking in to the Punjab Cricket Association Stadium by tweeting, "Alright , just came and we got a wicket!GO INDIA 3rd ODI #IndVsNz #TeamIndia."

New Zealand were put in to the bat by Dhoni after winning the toss. The visitors were all out for 285 batting first.

Produced by Fox Star Studios and Arun Pandey of Inspired Entertainment, the film, directed by Neeraj Pandey, narrates Dhoni's journey from the lanes of Ranchi to his becoming the captain of the Indian cricket team.