Stuart Broad said he tries to challenge the stumps and make batsmen play the ball as much as possible. 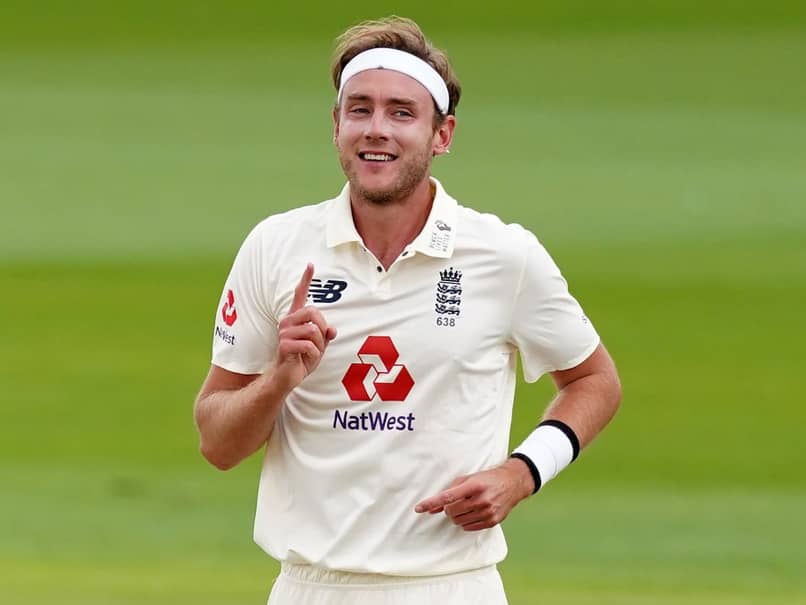 After guiding England to a massive 269-run win in the third Test against West Indies, pacer Stuart Broad has said that he has done some technical work, changed his run-up and he tries to make the batsmen play as much as possible which has ultimately improved his game. "I feel I'm bowling as well as I ever have. I've done some technical work and changed my run-up in the last 18 months. I'm challenging the stumps and trying to make the batsmen play as much as possible. That's a tactical thing that's really taken me to a really exciting level," International Cricket Council's (ICC) official website quoted Broad as saying.

"I felt like my alignment to the stumps was really good in this game. I had a bit of confidence and match practice from the second Test so my tempo and alignment felt like every time I released the ball I could bring off stump into play," he added.

Despite missing the first Test against West Indies, Broad was named the Player of the Series award as he clinched 16 wickets in the remaining two games. He picked 10 wickets in the third Test which helped England win the match as well as the three-match Test series.

Moreover, Broad on Tuesday became the second bowler from England to register 500 Test wickets. He is now placed at the seventh place in the list for most wickets taken in the Test format.

Broad further stated, "That's my go-to: I want to make the batsman play. I don't like to get left too often. When you come on a pitch with a little bit of wear that's keeping low, that's sort of my dream pitch. Most fast bowlers like it flying through, catching the edge and going to slip at chest height but if I can bring the stumps into play, it really suits my style."

West Indies Cricket Team Cricket
Get the latest updates on India vs England Series, India vs England , live score and IPL 2021 Auction . Like us on Facebook or follow us on Twitter for more sports updates. You can also download the NDTV Cricket app for Android or iOS.