Australia's players have not ruled out industrial action if they cannot reach agreement with Cricket Australia over a new pay deal by the June 30 deadline. However, the Australian Cricketers' Association (ACA) chief executive Paul Marsh said the player union would prefer to roll the existing pay agreement forward if a deal is not finalised by the end of the month, instead of resorting to a player strike. 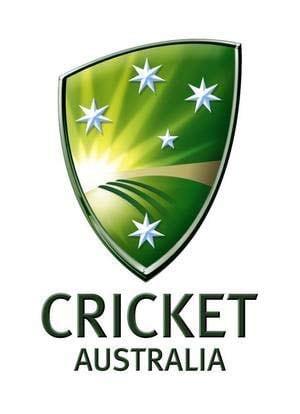 Australia's players have not ruled out industrial action if they cannot reach agreement with Cricket Australia over a new pay deal by the June 30 deadline. However, the Australian Cricketers' Association (ACA) chief executive Paul Marsh said the player union would prefer to roll the existing pay agreement forward if a deal is not finalised by the end of the month, instead of resorting to a player strike.

Talks between the ACA and Cricket Australia have so far failed to resolve the issue of the players' share of cricket revenue, which looms as the major stumbling block to a new memorandum of understanding (MoU). A new MoU was due last year but instead the existing arrangement was extended for another year as the parties could not agree on some matters, and discussions have been no smoother this year.

At the weekend, reports emerged of the possibility that the players might even boycott the upcoming one-day tour of England or the ICC World Twenty20 if a deal was not reached. However, Marsh said that while the ACA was preparing for all eventualities, it was still hopeful of a resolution with Cricket Australia and failing that, a potential extension of the existing MoU.

"That sort of stuff (a strike) is always an absolute last resort," Marsh said on ABC Radio on Monday. "I think our preferred method here, and I don't know what Cricket Australia's position is, but our preferred strategy would be to keep rolling the current deal until we can reach an agreement. Nobody wants a situation where the players aren't playing. But I guess it takes two to tango.

"Where the story has come from over the weekend, the question was put to us are you preparing for a boycott or strike action... we're preparing for everything. We're not going to get to the 30th of June and say we haven't got a deal, what do we do now? Our job is to make sure when that time comes, hopefully we have got a deal, that's our absolute priority, but if we haven't then we've got to be able to talk different options. Obviously we'll take those options back to the collective player group and we'll make a decision from there."

One issue that has held up discussions has been the move to a performance-based player payment model, although Marsh said the two parties had almost reached agreement. But the major point of contention is the make-up of the cricket revenue pool, which includes revenue streams such as media rights, sponsorships and gate takings, from which Australia's players receive a 26% cut.

"Cricket Australia pretty late in the piece have come to us and tried to take a couple of revenue streams out of that definition as well as turning one from what currently now a gross revenue definition into a net revenue definition," Marsh said. "The amount of money at stake is pretty significant and I think for very reasonable reasons we're not agreeing to that. At the moment it's a little bit of a stalemate on that particular issue.

"If you have a look at what players from a lot of the overseas type sports get it's up over 50%. So we're pretty reasonable in terms of what we're asking for. If Cricket Australia want to start to unbundle all the revenue streams and say we don't want you to have this one now ... then we quite rightly should turn around and say we want more of the high-margin revenue streams."

The prolonged nature of the negotiations is affecting the ability of the state and Big Bash League teams to finalise their playing lists, for deals cannot be confirmed until the MoU is completed. That means a longer period of uncertainty for men such as Usman Khawaja, who has been linked with a move from New South Wales to Queensland but cannot yet sign a contract.

Marsh conceded the state organisations were "screaming out" for a resolution and that the talks could be an unwelcome distraction from the business of preparing players for first-class and international cricket. However, he said he remained confident that an agreement could be reached before the end of the month.

"The only thing I can go by is the history and historically we have always got a deal done," he said. "I'm confident we'll get a deal done this time but it does take two to tango and Cricket Australia, we need to understand what their intentions are. They're firmly digging in pretty strongly here and equally we're doing the same."

Comments
Topics mentioned in this article
Cricket Gregory Stephen Chappell Simon Katich Australia Cricket Team
Get the latest updates on T20 World Cup, check out the T20 World Cup Schedule and Live Score . Like us on Facebook or follow us on Twitter for more sports updates. You can also download the NDTV Cricket app for Android or iOS.