Steven Finn, who was ruled out of this year's World T20 in India due to an injury, will feature in England's playing XI for the first Test against Sri Lanka, starting Thursday. 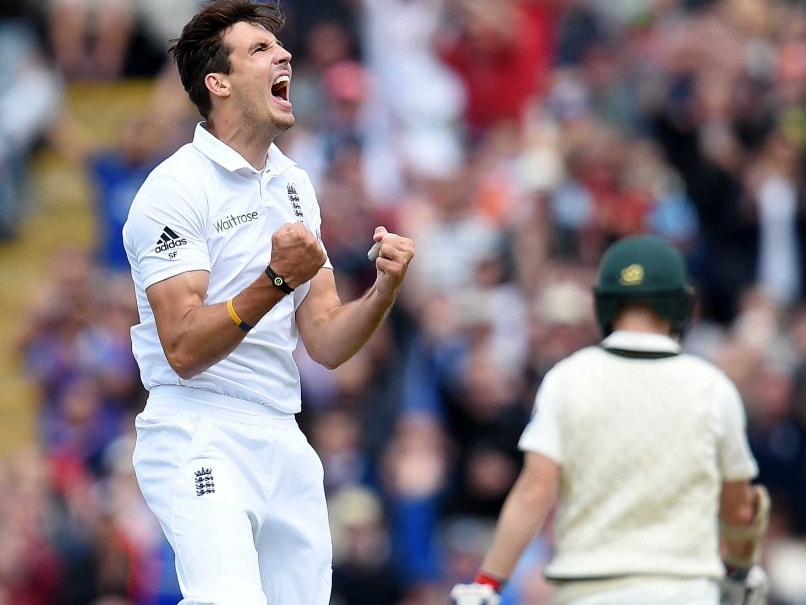 Fast-bowler Steven Finn has beaten the uncapped Jake Ball for the final place in England's XI for the first Test against Sri Lanka at Headingley, skipper Alastair Cook said on Wednesday.

With England having selected just a 12-man squad, Cook took the unusual step of effectively naming his side 24 hours before the start of a match, with the first of a three-Test series against Sri Lanka due to get underway at Headingley, Yorkshire's headquarters ground in Leeds, northern England, on Thursday.

"Steven Finn is going to play," Cook told reporters at Headingley on Wednesday.

"He's been outstanding when he's been fit for us. I think everyone kind of knew that."

Finn missed the World Twenty20 in India because of calf and side injuries. His Test career has been interrupted a lot by fitness problems.

But his record of 113 Test wickets at an average of just over 28 apiece saw him chosen ahead of Ball in the race to be England's third seamer behind James Anderson and Stuart Broad.

Ball has made a strong start to the county season with Nottinghamshire and Cook said: "It was great to have Jake along and he's made a big impact this year in county cricket.

"It's great for the guys who haven't really seen much of him to get to know the guy and he can certainly bowl."

England will though give a debut to James Vince, with the Hampshire batsman filling the vacancy caused by James Taylor's early retirement with a serious heart condition.

Here is the England's team that'll feature against Sri Lanka in the first Test at Headingley starting Thursday:

Comments
Topics mentioned in this article
England Cricket Team Steven Finn Alastair Cook Cricket
Get the latest updates on IPL 2020, check out the IPL Schedule for 2020 and Indian Premier League (IPL) Cricket live score . Like us on Facebook or follow us on Twitter for more sports updates. You can also download the NDTV Cricket app for Android or iOS.