Srikkanth liberated me as a batsman: Sunil Gavaskar

Reminiscing his glory days, former Indian captain Sunil Gavaskar rated Kris Srikkanth as the best opening partner he had, saying that the right-hander "liberated" him as a batsman. 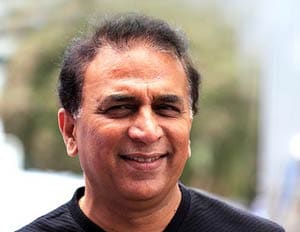 Reminiscing his glory days, former Indian captain Sunil Gavaskar rated Kris Srikkanth as the best opening partner he had, saying that the right-hander "liberated" him as a batsman.

"As my opening partner, Srikkanth somehow liberated me as a batsman. He used to encourage me to play the shots that I wouldn't otherwise offer. He had a positive influence on me," said Gavaskar.

Replying to a query on IPL at an event in Toronto to promote cricket, Gavaskar said the event was good for the game.

"Previously players could not think of cricket for livelihood, unless they had played at the national level but now they can," he said.

Asked to name the best opening pairs in the world, Gavaskar said he felt the honour is shared between the Australian combos of Bobby Simpson/Bill Lawry and Matthew Hayden/Justin Langer.

The legendary opener was in the Canadian capital to promote cricket among the Indo-Canadians.

"I am willing to spend a couple of days every year in Canada to give the young cricketers profession training so that they can compete globally," he said.

MoneyGram, the money transfer giant, announced that legendary cricket player Sunil Gavaskar will be the ambassador for the company as part of its multi-year agreement with the International Cricket Council (ICC), at an event in Toronto.

Comments
Topics mentioned in this article
Cricket Sunil Manohar Gavaskar
Get the latest updates on ICC T20 Worldcup 2022 and CWG 2022 check out the Schedule, Live Score and Medals Tally. Like us on Facebook or follow us on Twitter for more sports updates. You can also download the NDTV Cricket app for Android or iOS.