According to the ICC, the match officials' report cited concerns about the legality of Akila Dananjaya's bowling action. 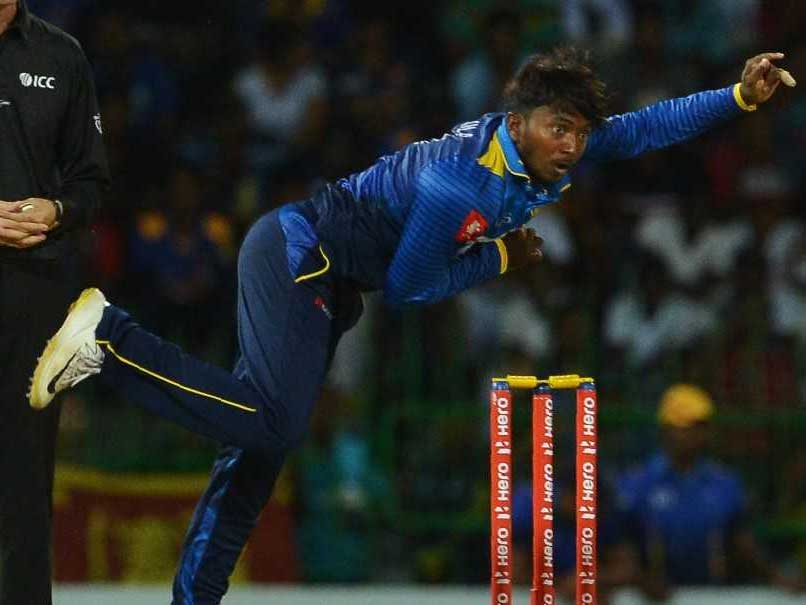 Akila Dananjaya was reported for a suspect bowling action.© AFP

Sri Lankan off-spinner Akila Dananjaya was reported for a suspect bowling action on Sunday by match officials of the first Test against England, which took place at the Galle International Stadium. According to a release by the International Cricket Council (ICC), the match officials' report, which was handed over to the Sri Lanka team management, cited concerns about the legality of the 25-year-old's bowling action.

"(Akila) Dananjaya's bowling action will now be scrutinised further under the ICC process relating to suspected illegal bowling actions reported in Tests, ODIs and T20Is. He is required to undergo testing within 14 days and, during this period, Dananjaya is permitted to continue bowling in international cricket until the results of the testing are known," the ICC said in a statement.

Sri Lanka are hosting England in a three-match Test series. The hosts lost the first Test by 211 runs where Dananjaya managed to pick two wickets. The right-arm spinner, who was featuring only in his fourth Test, has picked 19 wickets for Sri Lanka with the best bowling figures of five for 24.

In the One-day Internationals (ODIs), Dananjaya has picked 46 wickets and has 14 scalps to his name in the shortest format of the game.

Sri Lanka will next host England in the second Test, starting November 14 at the Pallekele International Cricket Stadium.

England Cricket Team Akila Dananjaya Cricket
Get the latest updates on India vs Australia Series, check out the India vs Australia Schedule for 2020-21 and Ind vs Aus live score . Like us on Facebook or follow us on Twitter for more sports updates. You can also download the NDTV Cricket app for Android or iOS.