Kevin Pietersen took to Twitter to share an email that Rahul Dravid had sent him, explaining how to tackle spin bowling in challenging conditions. 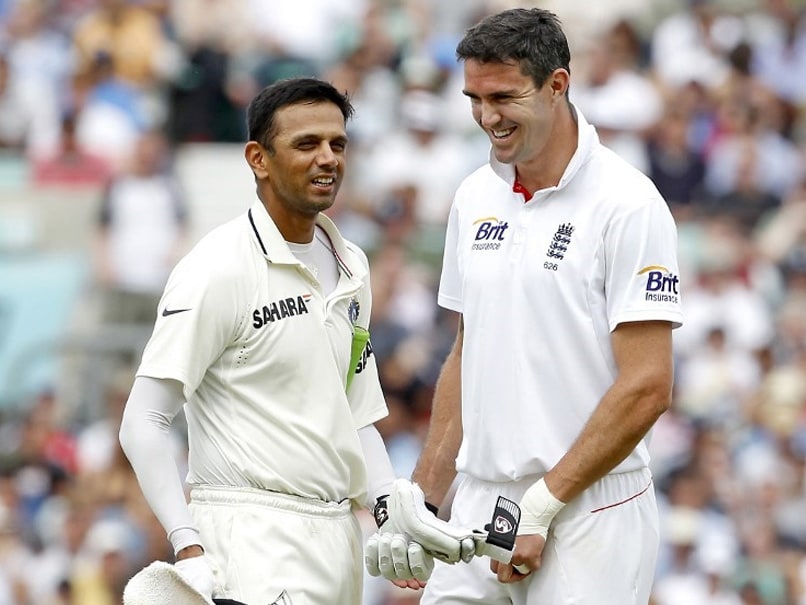 Kevin Pietersentook to Twitter on Saturday to share an email that Rahul Dravid had sent him in a bid to help out the former England batsman to tackle spin bowling in Sri Lanka. Pietersen urged the England Cricket Board to print out Dravid's message and share it with Dominic Sibley and Zak Crawley, who are struggling to get going in the ongoing Test series in Sri Lanka. On Day 2 of the second Test, both England openers fell cheaply, leaving the visitors tottering at two for five.

For context, Pietersen was having a tough time against Bangladesh spinners during a series in 2010 and that is when he decided to seek help from Dravid. The legendary Indian batsman explained the techniques to counter spinners in challenging conditions.

In the email, Dravid spoke about different ways to handle spin bowling. He highlighted the importance of not committing on the front foot and not worrying about getting beaten every now and then.

Crawley & Sibley need to go find the email that Dravid sent me about playing spin.
Changed my game!

"Crawley & Sibley need to go find the email that Dravid sent me about playing spin. Changed my game," Pietersen tweeted.

The former England batsman, after sharing the words from Dravid, also said that Crawley and Sibley can call him to discuss how to tackle spin.

Hey @englandcricket, print this and give it to Sibley & Crawley.
They can call me to discuss it at length if they want...!
pic.twitter.com/qBmArq211s

"Hey @englandcricket, print this and give it to Sibley & Crawley.
They can call me to discuss it at length if they want," he said.

England openers have played three innings in the ongoing tour of Sri Lanka and have struggled for runs.

Sibley has scored just six runs from three innings while Crawley has 22 runs next to his name in same number of outings.

Rahul Dravid Zak Crawley Cricket
Get the latest updates on ICC T20 Worldcup 2022 and CWG 2022 check out the Schedule, Live Score and Medals Tally. Like us on Facebook or follow us on Twitter for more sports updates. You can also download the NDTV Cricket app for Android or iOS.