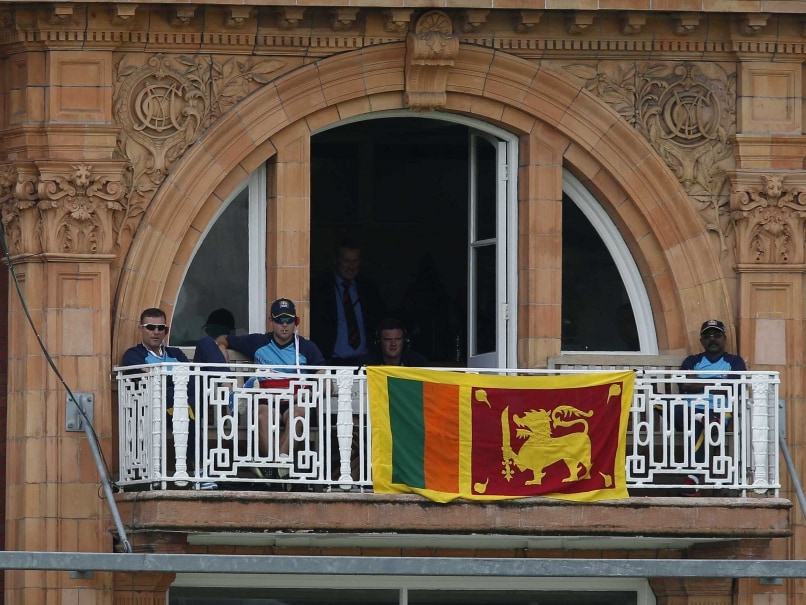 Sri Lanka put up the flag outside their dressing room balcony in Lord's as they protested the incorrect no-ball decision on the fourth day of the third Test against England.© AFP

Sri Lanka coach Graham Ford called for all no-ball decisions to be taken by the third umpire as his side reacted to an incorrect call in the third Test against England with an extraordinary flag protest at Lord's on Sunday.

At stumps, Sri Lanka were 32 without loss in their second innings, needing a further 330 runs on Monday's fifth and final day to reach an imposing victory target of 362.

More realistically, their goal was to prevent England, already 2-0 up in the three-match series, taking the 10 wickets they needed to complete a whitewash.

But England captain Alastair Cook, 49 not out batting down the order after a knee injury suffered while fielding, may not have been able to declare his side's second innings on 233 for seven had a few close calls Sunday gone Sri Lanka's way instead.

Significantly, Sri Lanka thought they had Alex Hales -- who went on to make 94 -- out for 58 when he as bowled by Nuwan Pradeep.

But Australian umpire Rod Tucker had already called a no-ball.

Replays suggested Pradeep's front foot may have been behind the crease but fielding teams are unable to challenge a no-ball call by an umpire and Hales survived.

In February, a similar incident saw Australia's Adam Voges make 239 in a Test against New Zealand in Wellington after being reprieved on seven following an incorrectly called no-ball by English umpire Richard Illingworth. 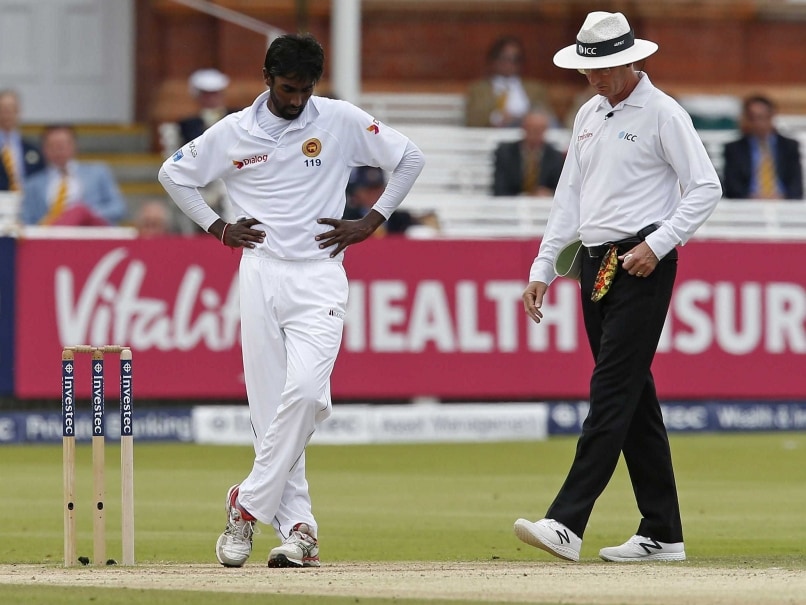 Nuwan Pradeep bowled Alex Hales on 58 but umpire Rod Tucker incorrectly gave it as a no-ball.

Under International Cricket Council regulations, the third umpire is powerless to intervene in such situations.

There are proposals on the table to prevent a repeat of these types of incidents and Ford said: "The ICC have to look at it. It seems strange with the technology available that you can still get a line call wrong," the South African added.

"The best solution is for the umpires to worry about what's happening down the other end and let technology look after the line call.

"The game has a funny way of kicking you when you are down. That was a kick we didn't need."

An understanding Hales said: "Of course I sympathise with them and Rod. But think about how fast everything moves and how close he (Pradeep) was to the front line.

"Rod said he told him a few times that over he was getting close to the front. It's a split decision he's got to make at the time."

Ford was especially disappointed for Pradeep, whose impressive return of three for 37 in 15 overs was still two wickets shy of the five the paceman needed for a place on the Lord's honours board.

"He bowled so damn well and had such bad luck, if ever a guy deserved five at Lord's, it was him," said Ford.

The Sri Lanka management reacted to Hales's reprieve by draping the national over the tourists' dressing-room balcony for some 45 minutes.

Ford said this wasn't so much a protest as a gesture of solidarity with the players out on the middle.

"At that stage we felt the boys were fighting hard and we wanted to show our support from the dressing room to boost their morale --only for us to find out that's not the done thing and we had to take it down," said Ford.

He added that Tucker had apologised to Sri Lanka captain Angelo Mathews for his mistake.

"He got the news from the third umpire and he apologised to Angelo. It was very good of him to have done that and we move on."

Hales, for all his good fortune Sunday, was still left waiting for a maiden Test hundred.

The Nottinghamshire opener, out for 86 and 83 in the first two Tests, got closer still on Sunday before he was lbw to medium-pacer Mathews.

Somewhat ironically, in view of Sri Lanka's earlier protest, Hales sought a review of the decision only for DRS to find in the tourists' favour on this occasion.

"It's disappointing again to come so close," said Hales, whose 126-ball innings included 10 fours and a six.

"But it was pretty decent delivery and I had my fair share of luck -- bowled off a no-ball, umpires calls and edges -- I guess the luck ran out."

Comments
Topics mentioned in this article
Sri Lanka Cricket Team England Cricket Team Alex Hales Nuwan Pradeep Lord's, London Cricket
Get the latest updates on Fifa Worldcup 2022 and check out  Fifa World Cup Schedule, Stats and Live Cricket Score. Like us on Facebook or follow us on Twitter for more sports updates. You can also download the NDTV Cricket app for Android or iOS.