The first Test between Sri Lanka and South Africa will be played at St George's Park, Port Elizabeth, Monday onwards. 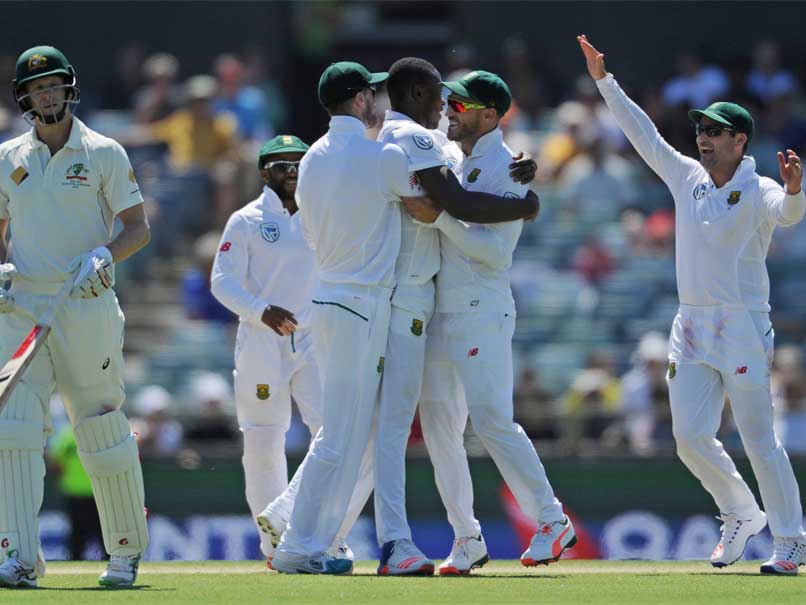 South Africa will be a force to reckon with at home for Sri Lanka.© AFP

Monday will see the official start of a very long series for Sri Lanka as they tour South Africa to play three Tests, three Twenty20 Internationals and five One-Day Internationals till February 10.

The visitors will clearly be the underdogs when they challenge a resurgent South Africa in a Test series, starting at St George's Park, but will hope that the traditionally slow pitch in Port Elizabeth will negate South Africa's strong fast bowling attack.

Even without the injured Dale Steyn and Morne Morkel, South Africa's pace trio of Vernon Philander, Kagiso Rabada and Kyle Abbott is likely to provide a stiff examination of a Sri Lankan batting line-up which has minimal experience of coping with the kind of pitches that are found outside Asia.

St George's Park, though, usually has less pace and bounce than South Africa's other Test venues and the hosts have a relatively modest record there of six wins, four losses and four draws since returning to Test cricket in 1992.

It could also provide some assistance for Rangana Herath, Sri Lanka's veteran left-arm spinner who is likely to be the biggest threat to the South African batsmen. Herath took nine wickets and was man of the match when Sri Lanka gained their only previous Test win in South Africa, in Durban in 2011/12.

South Africa, meanwhile, will be seeking a strong finish to a year in which there have been three different captains of the Test team.

The year started badly with Hashim Amla resigning as captain midway through a losing home series against England. That loss, which followed a 3-0 humiliation in India late in 2015, cost South Africa their number one ranking in Tests. They slipped as low as seventh after some earlier triumphs were discarded when the ratings were adjusted in May.

AB de Villiers was appointed captain for the last two Tests against England but a long-term elbow injury ruled him out of home matches against New Zealand and an away series in Australia - both of which were won under the leadership of stand-in Faf du Plessis, enabling South Africa to climb to fourth in the rankings

With De Villiers still not fit enough to face Sri Lanka in the Tests - he is targeting a return in the one-day series which starts in late January - he resigned the captaincy and recommended his former schoolmate as his full-time successor.

Under Du Plessis, South Africa were a tight-knit unit in Australia and coach Russell Domingo wants the side to build on their success there.

Domingo said that despite the difference in conditions from other home venues, "the guys love coming to Port Elizabeth. We feel that the wicket suits us to a degree. The ball tends to reverse swing because of the abrasive wicket. If there is a little bit of an easterly wind or overhead conditions we are able to exploit those conditions as well.

"It's never historically been a fast wicket, it's a wicket where you have to be patient and you have to grind out runs. That's the strength of this particular side, our levels of patience and being able to withstand those types of periods."

Comments
Topics mentioned in this article
Cricket South Africa Cricket Team Sri Lanka Cricket Team St Georges Park, Port Elizabeth
Get the latest updates on India vs England Series, India vs England , live score and IPL 2021 Auction . Like us on Facebook or follow us on Twitter for more sports updates. You can also download the NDTV Cricket app for Android or iOS.