Isuru Udana displayed the perfect example of sportsman spirit by refusing to run an injured batsman out during a Mzansi Super League game. 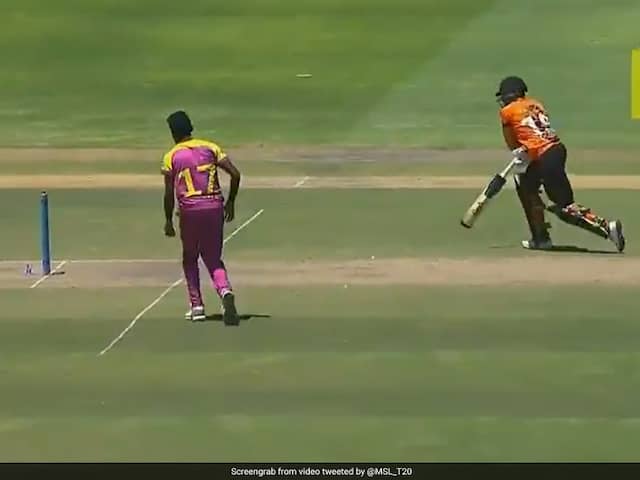 Sri Lanka fast bowler Isuru Udana displayed the perfect example of sportsman spirit when he refused to ran Marco Marais out during a Mzansi Super League game. Playing for Paarl Rocks, Isuru Udana was bowling the 19th over with the batting team requiring 30 runs of the last two overs. With 28 needed off the last 8 balls, Heino Kuhn smashed one straight down the ground but the ball hit Marais and the non-striker fell on the ground. Isuru Udana had the chance to ran out the 26-year-old but the Sri Lanka bowler let the injured batsman get back into the crease.

Mzansi Super League's official Twitter handle shared a video of the "spirit of cricket" display by Udana. "Spirit of cricket. Raise your hand for more moments like this! Always," the video was captioned.

Raise your hand for more moments like this! Always! #mslt20 pic.twitter.com/5nA8q9rQ2U

In the match, Nelson Mandela Bay Giants won the toss and opted to field. Henry Davids and Cameron Delport got Paarl Rocks off to a flying start.

Late flourish from Kyle Verreynne and Isuru Udana helped Paarl Rocks to post a competitive total of 168 for five in their quota of 20 overs.

In reply, Rocks lost both their openers inside the first eight overs.

Tabraiz Shamsi picked up two wickets for 25 runs and was adjudged player of the match for his economical spell.

With the win, Paarl Rocks climbed to the top of the points table with 27 points from six games.

Isuru Udana Heino Kuhn Cricket
Get the latest updates on IPL 2020, check out the IPL Schedule for 2020 and Indian Premier League (IPL) Cricket live score . Like us on Facebook or follow us on Twitter for more sports updates. You can also download the NDTV Cricket app for Android or iOS.