The spin duo of Saurabh Kumar and Rahul Chahar sparkled with the ball to bundle out New Zealand A for 237 and hand India A the first-innings lead on the second day of the third unofficial Test. 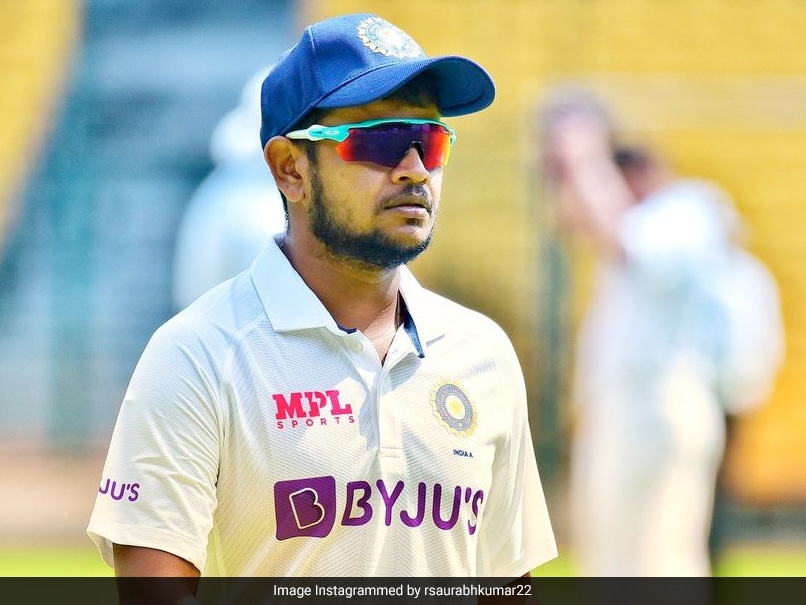 The spin duo of Saurabh Kumar and Rahul Chahar sparkled with the ball to bundle out New Zealand A for 237 and hand India A the first-innings lead on the second day of the third unofficial Test in Bengaluru on Friday. Slow left-arm orthodox bowler Saurabh (4/48) and leg-spinner Chahar (3/53) shared seven wickets between them to bowl out New Zealand A in 71.2 overs and hand India A lead of 56 runs in the first innings of the four-day game.

At stumps, India A were 40 for one in 11 overs, extending their overall lead to 96 runs.

Abhimanyu Easwaran (4) was the lone Indian wicket to fall in their second innings, LBW to Sean Solia.

Ruturaj Gaikwad, who scored a century in the first innings was batting on 18 in the company of skipper Priyank Panchal (17).

Earlier, New Zealand A made a torrid start to their innings in reply to India A's 293, losing half of their side inside 100 runs.

After Shardul Thakur (1/33) and Mukesh Kumar (2/48) gave the initial breakthroughs, Chahar joined the party and picked up the wickets of Dane Cleaver (34) and captain Tom Bruce (13) to reduce New Zealand A to 99 for five.

But Mark Chapman and Solia resurrected the visitors' innings, stitching 114 runs for the sixth wicket.

While Chapman made a quick 91 off 115 balls, with the help of eight boundaries and two hits over the fence, Solia's knock was decorated with seven fours.

Saurabh broke the dangerous-looking partnership with the wicket of Chapman and then dismissed two more New Zealand A batters -- Solia and Joe Walker -- in the 66th over to hand India A the upper hand.

Chahar and Saurabh then wrapped up New Zealand A's innings in no time.

New Zealand Cricket Team Saurabh Kumar Rahul Chahar Sean Solia Cricket
Get the latest updates on IPL Auction 2023 and check out  IPL 2023 and Live Cricket Score. Like us on Facebook or follow us on Twitter for more sports updates. You can also download the NDTV Cricket app for Android or iOS.