Sri Lanka will play a two-match Test series in South Africa, starting with the Durban Test on Wednesday. 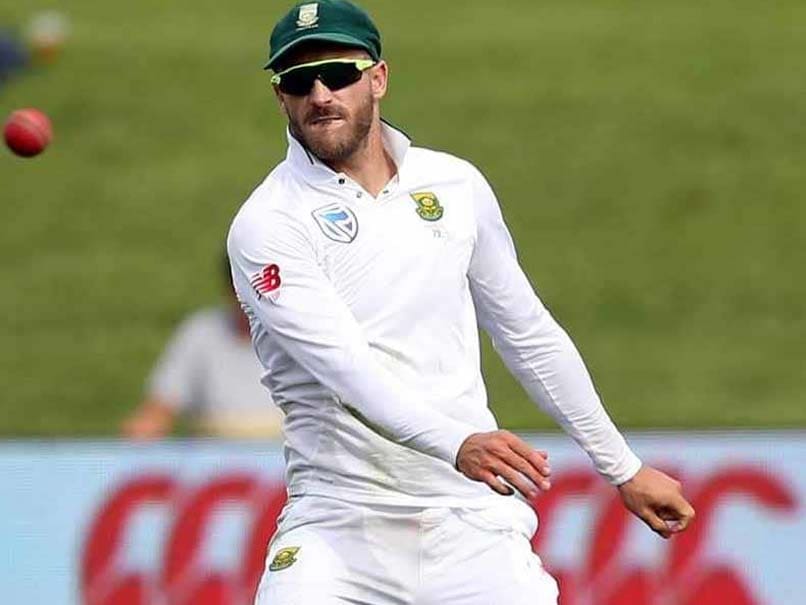 South Africa skipper Faf du Plessis has made his intentions clear before the start of the first Test of the two-match series against struggling Sri Lankan team. Du Plessis said his team will look to keep the visitors "under pressure" in the series starting in Durban on Wednesday. "It's important for us to keep them under pressure to make sure they don't start the series well. If we can do that, possibly their breaking point will be a little bit sooner than it would (normally) be because of all the stuff that's happening away from the game," Du Plessis said on Tuesday.

"They have had a tough time in Australia and there have been a lot of things happening away from their team," Du Plessis said.

"It's not ideal for them but I will always respect the opposition we play against. Our preparation doesn't change."

Referring to a losing series in Sri Lanka last year, Du Plessis said: "They beat us 2-0 in their own conditions which hurt us quite a bit.

Hathurusingha recently said that a losing streak, going back to last October and culminating in two heavy Test defeats in Australia, has put a lot of strain on everyone.

The coach said he was shocked at the axing of Dinesh Chandimal as captain, which happened without him being consulted, and disappointed at a lack of communication from the board before he was stripped of his own role as a tour selector.

He added that match-fixing allegations and changes in selectors and coaching staff had all had an impact.

With Sri Lanka having an inexperienced bowling line-up, Du Plessis hinted that South Africa might go into the match with six batsmen, including wicketkeeper Quinton de Kock, and five bowlers.

Du Plessis said left-arm spinner Keshav Maharaj was likely to play on a ground where spin bowling has been a factor - but he liked the option of continuing with a battery of four fast bowlers following a successful recent series against Pakistan, even though he did not expect the pitch to offer much help to pace bowlers.