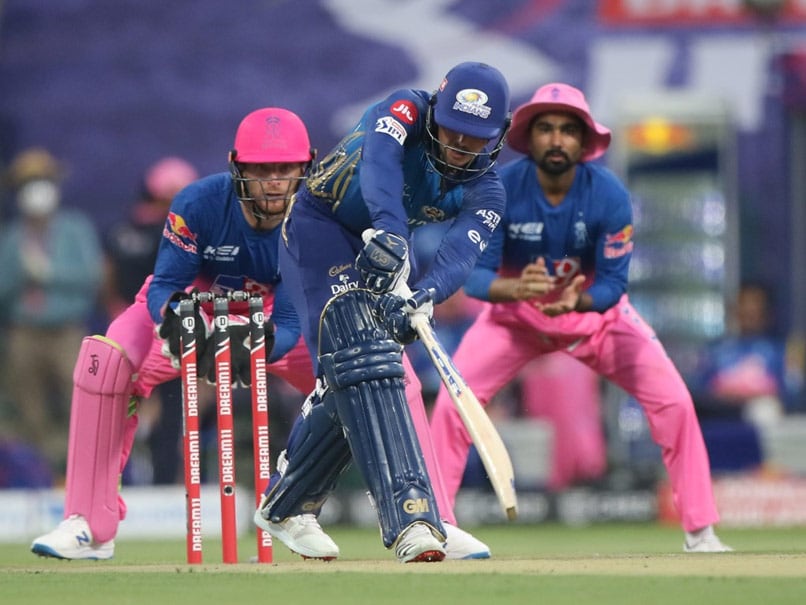 England's Jos Buttler has said he is a "huge fan" of South Africa captain Quinton de Kock as the two wicketkeeper-batsmen prepare to go head-to-head in an upcoming Twenty20 series. England travel to South Africa on Monday, despite administrative chaos within South African cricket that threatened the trip, for a tour that includes three international T20 matches and three one-day internationals. But attention will be focussed on the shortest format given there are Twenty20 World Cups in both 2021 and 2022.

And the clash between Buttler and De Kock, both dynamic batsmen and athletic keepers, could go a long way to deciding the series.

"I'm a huge fan of his," Buttler told reporters on Monday before the squad left for Cape Town.

"He is a fantastic player with an excellent cricket brain. I really enjoy how he views the game and looks to take it on.

"He is one of my favourite players in the world at the moment, and is brilliant with the bat and as a wicketkeeper," added Buttler.

The tour will, as happened with England's recent home international series, see matches limited to two venues -- in this case Cape Town and Paarl -- with players from both sides based in bio-secure bubbles.

Buttler is one of several England players who gained further experience of bubble life while playing in this year's Indian Premier League where one of his team-mates at the Rajasthan Royals was England quick Jofra Archer.

Even though the Royals finished bottom of the table, fast bowler Archer was named the tournament's most valuable player after taking 20 wickets in 14 matches.

During the home season, multi-format star Archer spent 87 days -- more time than any other England player -- in lockdown.

Archer, however, has been rested from the one-day leg of the South Africa tour.

"He was bowling fantastically and smacking them out of the park," said Buttler of Archer.

"He is someone who has spent the most days in a lockdown situation over the last six months so for any young man it is tough sometimes.

"So I think this little break before the South Africa tour would have been great for him. I know he had some family come out and join him in the IPL which was a big plus as well."

Meanwhile Buttler hopes the strategy that saw England recover from an early exit at the 2015 World Cup to champions four years later will also aid them in their quest to win next year's T20 edition.

"To win the series is the ultimate aim but we are building towards a World Cup and one of the things we did really well in 50-over cricket is win and learn at the same time.

"The 50-over side (that won the 2019 World Cup) nearly picked itself by the end of that cycle.

"That is a great place to be as a side...you are very familiar with your own role and what you expect of your team-mates."

Quinton de Kock Cricket
Get the latest updates on IPL Auction 2023 and check out  IPL 2023 and Live Cricket Score. Like us on Facebook or follow us on Twitter for more sports updates. You can also download the NDTV Cricket app for Android or iOS.