South Africa vs England: Dwaine Pretorius Ruled Out Of South Africa's Squad Due To Hamstring Injury

South Africa and England are slated to lock horns in three T20Is and as many ODIs. 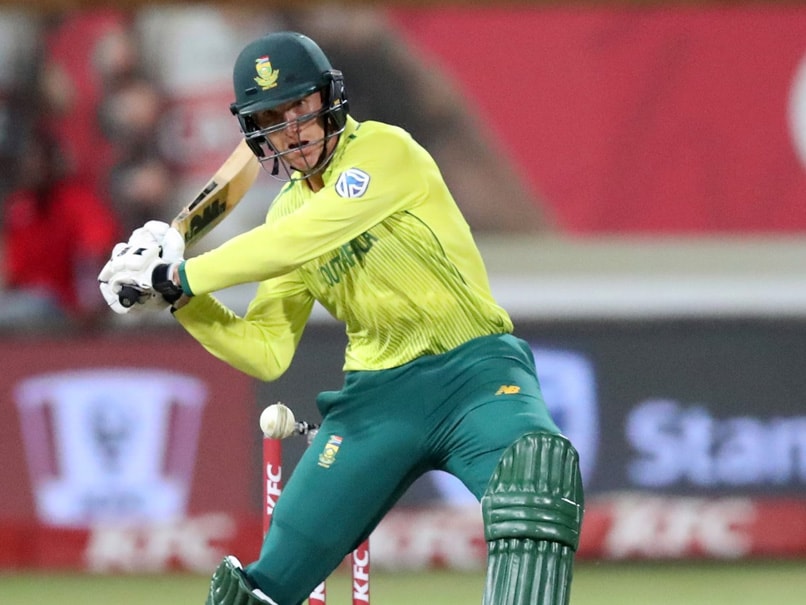 Cricket South Africa (CSA) on Thursday announced that Dwaine Pretorius has been ruled out from their squad, for the upcoming series against England due to a hamstring injury. "The injury took place during a team practice session at Six Gun Grill Newlands and is expected to take three to four weeks for recovery," said CSA in an official release. CSA also confirmed that there will be no replacement named for Pretorius. South Africa A team coach, Malibongwe Maketa has also joined the Proteas camp as extra cover to assist the team.

The board also announced that no new members of their men's squad have returned positive COVID-19 results, in their third round of testing.

The two players, who had tested positive last week, were not part of the third round of testing and both the players remain in isolation and are being monitored closely.

"The hosts did their final round of testing this morning (Thursday) with the expectation of receiving results later in the evening - an update will be provided when the results are confirmed," said CSA in an official release.

South Africa and England are slated to lock horns in three T20Is and as many ODIs. The first T20I will be played on Friday, November 27 at the Newlands Cricket Ground, Cape Town.