Cricket South Africa Director of Cricket Graeme Smith said organisers can't be blamed for the spate of Covid-19 cases at the IPL as it was held during a raging pandemic. 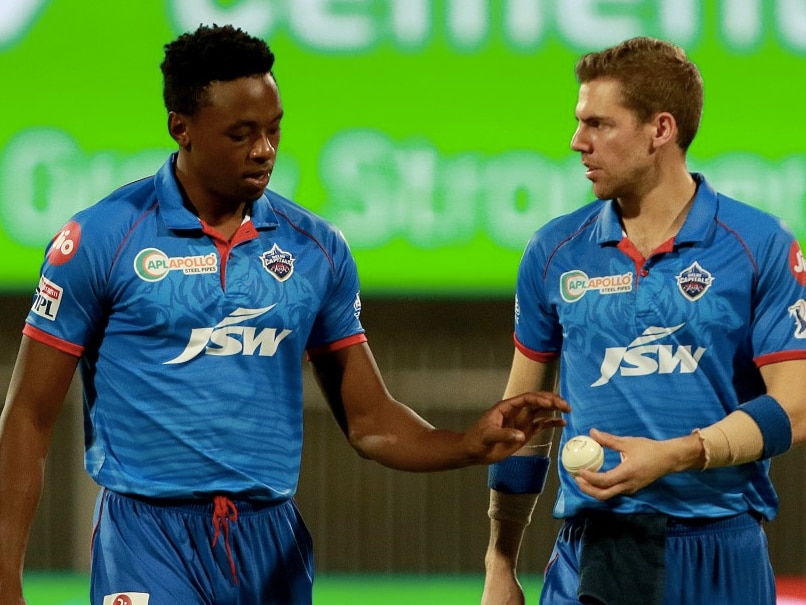 Kagiso Rabada and Anrich Nortje were among the South African players at IPL 2021.© BCCI/IPL

Cricket South Africa Director of Cricket Graeme Smith says none of the country's players, who took part in the now-postponed IPL, "felt at risk" during their stay in India as the BCCI created a good Bio-Secure Environment (BSE). The IPL was postponed on May 4 after multiple COVID-19 cases emerged inside the bio-bubble. The 11 South Africans, who participated in the league, have already left for Johannesburg. "In no way would we judge. Having spoken to the players, they felt safe. They felt the BSE (Bio-Secure Environment) was a really good experience in India. They never felt at risk. But that's the nature of what COVID brings," Smith, a former South Africa captain, said during a news conference.

India is currently reporting over 400,000 coronavirus cases per day with close to 4,000 daily deaths.

Smith said amid a raging pandemic, the element of risk is always there and the organisers can't be blamed.

"Sometimes you can do whatever you want but the BSE - as we've said to everyone - is never foolproof. When COVID is raging in your country there's always a risk. Unfortunately once it gets inside it's very difficult to predict what's going to happen," he said.

Smith also lauded the effort made by the BCCI to ensure the safe departure for all the South African players, who would be back home by Friday and undergo home quarantine.

"The duty of care (the BCCI has) shown in getting everyone home has been exemplary," Smith said.

"From our own players' perspective it's been made slightly easier in that our borders aren't closed and there's still commercial travel available for them."

South Africa has recorded far fewer cases than India and yet the Australian team had postponed its trip pointing at the health security risk of the players. Smith said that decision smacked of double standards.

"You see some of those players sitting there at the IPL and not making any noise. Having had experience of things here you do see some things differently, and (you see) a version of double standards. It's disappointing," the former South Africa men's captain said.

Smith said that CSA created some 16 bio-bubbles during the past year but wasn't given enough credit.

"I think CSA have put on 15 or 16 BSEs this season, and I don't think enough has been made of the success that we've had," Smith said.

Graeme Smith IPL 2021 Cricket
Get the latest updates on India vs Australia and check out  Schedule, Results and Live Score. Like us on Facebook or follow us on Twitter for more sports updates. You can also download the NDTV Cricket app for Android or iOS.