Sohail Khan justified his recall by taking five for 96 as England were dismissed for 297 on the first day of the third Test. 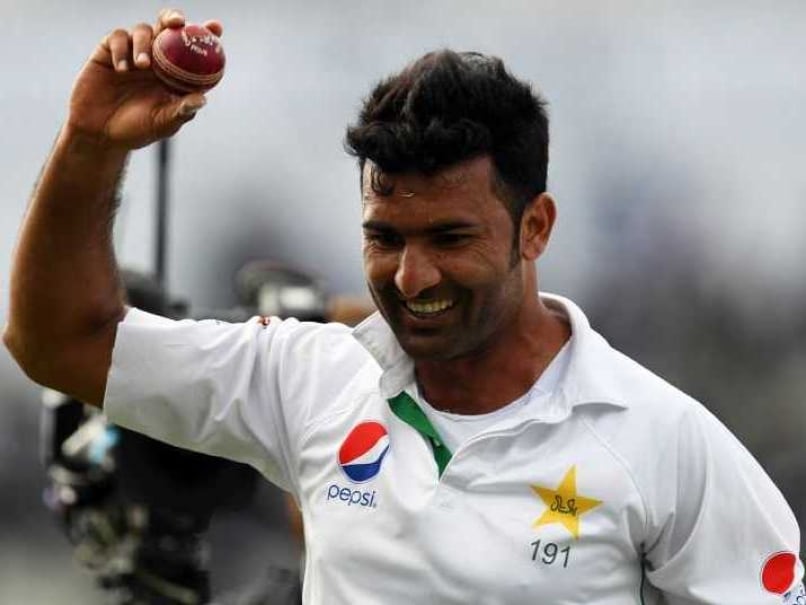 The 32-year-old right arm paceman justified his recall by taking five for 96 asEngland were dismissed for 297 on the first day of the third Test.

It was also a reward for Pakistan's decision to drop Wahab Riaz from what had been a previously all left-arm pace attack following England's 330-run win in the second Test at Old Trafford that saw the hosts square the four-match series at 1-1.

Sohail, whose previous two Tests yielded an expensive return of one for 245, removed a quartet of top-order batsmen under grey skies following Pakistan captain Misbah-ul-Haq's decision to field first.

Anderson, England's all-time leading Test bowler with 458 wickets, is a master performer in such conditions.

Sohail said studying Anderson, who provided him with his fifth wicket Wednesday when he had England's last man lbw, had taught him the value of reducing his speed in order to generate more swing.

"When I came here after I was named in the squad I watched James Anderson's videos, he bowls at 80 mph but gets eight to ten wickets every match," Sohail told reporters after stumps while speaking alongside Pakistan bowling coach Mushtaq Ahmed.

"I watched him and noticed that he (Anderson) doesn't try to bowl very fast.

"Mushy also told me that if you don't bowl (too) fast and give the ball air, it will swing."

Sohail made his Test debut against Sri Lanka in Karachi in 2009.

He then had to wait two years for his next Test, against Zimbabwe in Bulawayo.

"I had played two Tests before and I was bowling inswing mostly," he said. "I tried to ball fast, I can still bowl fast, but then I met various coaches and they told me to bowl as per the conditions.

"I couldn't bowl well in my first Test in Karachi and some catches were also dropped off my bowling. I got my next chance in 2011 and there too I didn't do well.

"Now I have got another chance which I will not let go," added Sohail of his third Test in a third different continent.

"You expect to do well every day but cricket is such a game that it can take you on a high one day and then you go down on a bad day.

"But if you work hard, and bowl a good line and length, then success comes and every day is a good day."

England were indebted to left-handers Gary Ballance (70) and Moeen Ali (63) for taking them to what could yet be a competitive total.

"There was a little bit of swing...It wasn't massive, but it just happened all day.

"So overall we're pretty happy with that, and if the conditions are the same tomorrow (Thursday), our bowlers will be very happy."

Comments
Topics mentioned in this article
Pakistan Cricket Team England Cricket Team Edgbaston, Birmingham Sohail Khan Cricket
Get the latest updates on ICC T20 Worldcup 2022, check out the Schedule and Live Score. Like us on Facebook or follow us on Twitter for more sports updates. You can also download the NDTV Cricket app for Android or iOS.