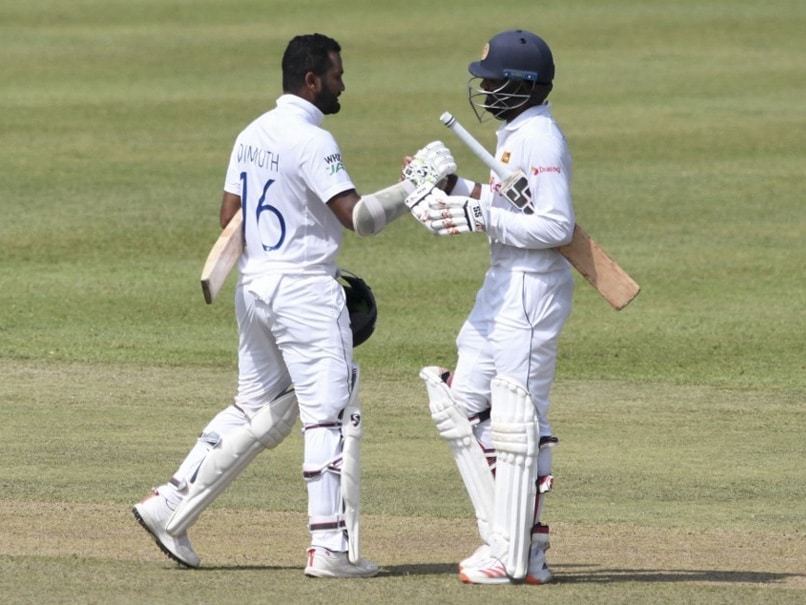 Sri Lanka skipper Dimuth Karunaratne made a second straight century against Bangladesh in the second Test in Pallekele as the hosts dominated the opening day, closing on a commanding 291 for one. The 33-year-old captain followed his double century in the first Test with 118 in Pallekele, sharing an opening partnership of 209 with Lahiru Thirimanne who batted all day for 131 not out. Karunaratne joins an elite club of 10 Sri Lankan players who have scored over 5,000 Test runs with his haul now standing at 5,110.

After a tediously high-scoring draw in the first Test, the pitch at Pallekele, censured by the ICC as being below average, provided little for the bowlers.

The only chance given by Karunaratne was dropped at first slip by Najmul Shanto off the bowling of Taskin Ahmed when the Sri Lankan skipper was on 28.

He reached his 12th Test century by clipping Taskin Ahmed through the onside for two.

The left-hander has been in fine form this year having posted four fifties and two centuries. His tally of 648 runs is the second highest in Test cricket in 2021, behind England captain Joe Root's 794.

By the time he feathered a catch to wicketkeeper Liton Das to give 19-year-old debutant Shoriful Islam his first wicket in Test cricket, Karunaratne had faced 190 balls and struck 15 boundaries.

His partnership of 209 with Thirimanne was the highest for the first wicket in Tests between the two countries.

The previous record was a 144-run stand between Marvan Atapattu and Sanath Jayasuriya in 2001 at the SSC grounds in Colombo.

Oshada Fernando joined Thirimanne and reached 40 not out by the close, with the pair adding an unbroken 82 for the second wicket.

Bangladesh Cricket Team Sri Lanka vs Bangladesh, 2nd Test Cricket
Get the latest updates on ICC T20 Worldcup 2022 and CWG 2022 check out the Schedule, Live Score and Medals Tally. Like us on Facebook or follow us on Twitter for more sports updates. You can also download the NDTV Cricket app for Android or iOS.