The 2009 terror attack on the Sri Lanka team's bus in Lahore not only changed Simon Taufel's life but also the lives of many others and also the global game of cricket. 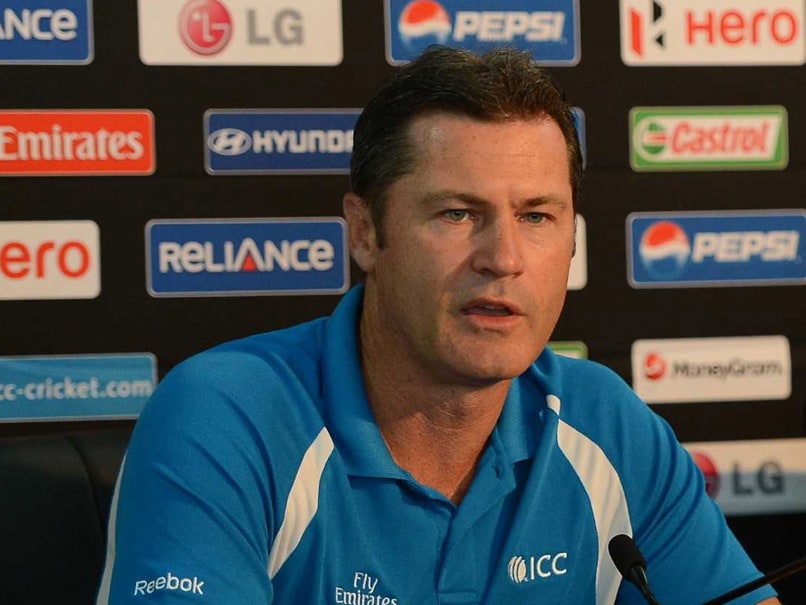 Simon Taufel had retired as an umpire.© AFP

The 2009 terror attack on the Sri Lanka team's bus in Lahore not only changed his life, but the lives of many others and also the global game of cricket, says Simon Taufel, who was an umpire in that ill-fated match and survived the strike. He says officiating in cities like Lahore, Karachi, Faisalabad, Islamabad and Peshawar all have their challenges; however, in each of those cities, he found moments to enjoy and memories to cherish. But "this last trip to Lahore though was to produce something that I would prefer not to recount or ever see happen again", he writes in his just-released book "Finding the Gaps" by Simon Taufel in which he shares lessons and transferable soft skills that can be applied to anyone or any vocation.

Eight persons were killed and over 20 others, including several Sri Lankan players, injured when over a dozen terrorists ambushed the Lankan team's motorcade at the busy Liberty traffic roundabout near the Gaddafi Stadium on the third day of the second Test against Pakistan on March 3, 2009.

He says before the series, he along with Davis and Broad had been quite aware of the potential security issues within Pakistan, and went to "extraordinary lengths" to communicate with the ICC on these matters and were given repeated assurance.

"The first Test in Karachi came and went without incident, but as we were finishing it, there were murmurs about possible issues in Lahore, and there were talks of holding the next Test match in Karachi," he writes in the book.

But the decision to play the next match in Lahore was made.

Finally, the match began and the first two days saw action mainly on the ground with some political disturbance and Lankan batsmen amassing a massive total of over 600 runs.

Day three saw the cricketing world change forever. For some, a life-changing experience, for others, unfortunately, a "tragedy", the former Australian umpire recalls.

"Just like every other day, I followed my usual routine, but reached downstairs at the hotel lobby a little earlier at 8.15 a.m.," he says.

Taufel is a little superstitious and normally sits in the same spot in the van when a match is going well for him.

But that day, for some reason, he did not go by his habit and chose to sit towards the back with Peter Manuel, who was the ICC regional umpire manager.

As was customary for security, both the team buses and the match officials' van traveled together in a convoy with the armed police and an ambulance, that would be the last vehicle in the motorcade, he says.

The Pakistani players did not arrive and the security team decided to have the convoy leave for the stadium without them as it was getting delayed.

Just as they were about a kilometre away from the stadium, Taufel says, he heard something that sounded like firecrackers.

"There were loud explosions all around - the gunfire was getting stronger, our van was being hit in the front and on the side where I was sitting," he says.

Taufel then realised that Raza occupied his seat he usually takes but didn't that day.

"Had he (arrived) at the van earlier than me, my fate would have been different - fighting for my life with bullet injuries to my lungs and spleen," he writes.

Taufel is a five-time ICC Umpire of the Year and has been a part of ICC's Elite Panel of Umpires, till he retired in 2012. He later, took over as ICC's Umpire Performance and Training Manager and remained in this role till September 2016.

He now lives in his hometown in New South Wales and travels the world, to speak at business institutions and train executives in leadership, values and integrity.

Sri Lanka Cricket Team Cricket
Get the latest updates on ICC T20 Worldcup 2022, check out the Schedule and Live Score. Like us on Facebook or follow us on Twitter for more sports updates. You can also download the NDTV Cricket app for Android or iOS.