With food outlets and restaurants closed down, stray animals face starvation and the India cricketer urged people to help. 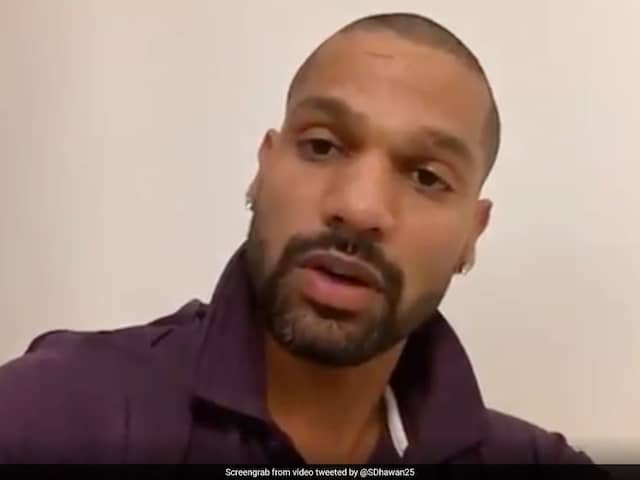 Shikhar Dhawan, the Indian opening batsman has been active on social media and has asked people to be safe as India battles against coronavirus. He has also requested people to help animals at this time. Recently, Dhawan took to twitter to talk about the problems that animals are facing at the moment. In the video posted on Twitter, he says, "During this lockdown, a lot of animals/birds who were dependent on us for their daily food are now going to go hungry. Humble request to you to put out food/water bowls outside your homes. From the safety of our homes, save some souls".

During this lockdown a lot of animals/birds who were dependent on us for their daily food are now going to go hungry. Humble request to you to put out food/water bowls outside your homes. From the safety of our homes, save some souls.#compassionintimesofcorona @pfaindia pic.twitter.com/cE5NO5jqmf

Earlier, Shikhar Dhawan in a tweet also congratulated Suresh Raina and his wife on becoming parents for the second time. Dhawan has also been spending time with his family as the three-match ODI series against South Africa got called off in a bid to safeguard all from the coronavirus pandemic.

The southpaw had missed the five-match T20I series and the three-match ODI series against the Kiwis after he suffered a shoulder injury in the third ODI against Australia which was played at Chinnaswamy stadium in Bengaluru in January 2020.  During the series against Australia, Dhawan had scored 170 runs in two games. He did not bat in the final match of the series as he had suffered the injury while fielding.

Coming to the Indian Premier League (IPL), Shikhar will be playing for the Delhi Capitals once again. In last year's IPL, Shikhar Dhawan featured in 16 matches and scored 521 runs in the tournament with an average of 34.73 and a strike rate of 135.67. Dhawan's highest score was an unbeaten 97 in the 2019 edition of the IPL which proved to be a match-winning knock against the Kolkata Knight Riders.